Polkadot [DOT] out-competes Solana and Cardano in these metrics


A tweet on 8 December revealed that Polkadot out-competed other networks in terms of ecosystem expansion and development activity. This growth, however, did not translate to the social front as engagements and sentiment for Polkadot declined.

Polkadot ranked second after Ethereum in terms of sub-ecosystems and development activity. Interestingly, it ranked above other prominent cryptocurrencies such as Cosmos, Solana, and Cardano.

So @Polkadot is 2nd only to @ethereum in terms of sub-ecosystems, repos, and weekly commits by developers (according to @Artemis__xyz), but is perhaps least discussed amongst the major smart-contract protocols: thoughts on the reasons for this? https://t.co/KYcleosH60 pic.twitter.com/yLTwGL1QoJ

Competing in the big leagues

One indicator of this growth was the increase in XCM transfers on the network.

According to Polkadot Insider, there were over 500k transactions made on the Moonbeam Parachain. Other parachains, such as ParallelFI and AcalaNetwork, witnessed growth as well.

For further details, let’s check out our graphic below 👇#DOT $DOT pic.twitter.com/fCEHOyY3BW

Polkadot under the radar

Despite the growth of these parachains on Polkadot, there was not much activity for the network on the social front. According to LunarCrush. Polkadot’s social engagements and social mentions fell massively over the last week.

At the time of writing, its social mentions had declined by 26.1% and its social engagements dwindled by 9.9%.

The sentiment towards Polkadot remained negative throughout the month apart from a spike towards the end of November.

This declining sentiment could be a reason why Polkadot’s prices and NFTs on various chains did not see much growth.

Even so, despite the declining sentiment and prices, stakers continued to show support for the cryptocurrency. From the image below, it can be observed that there was a massive surge in the number of stakers that appeared after 4 November. 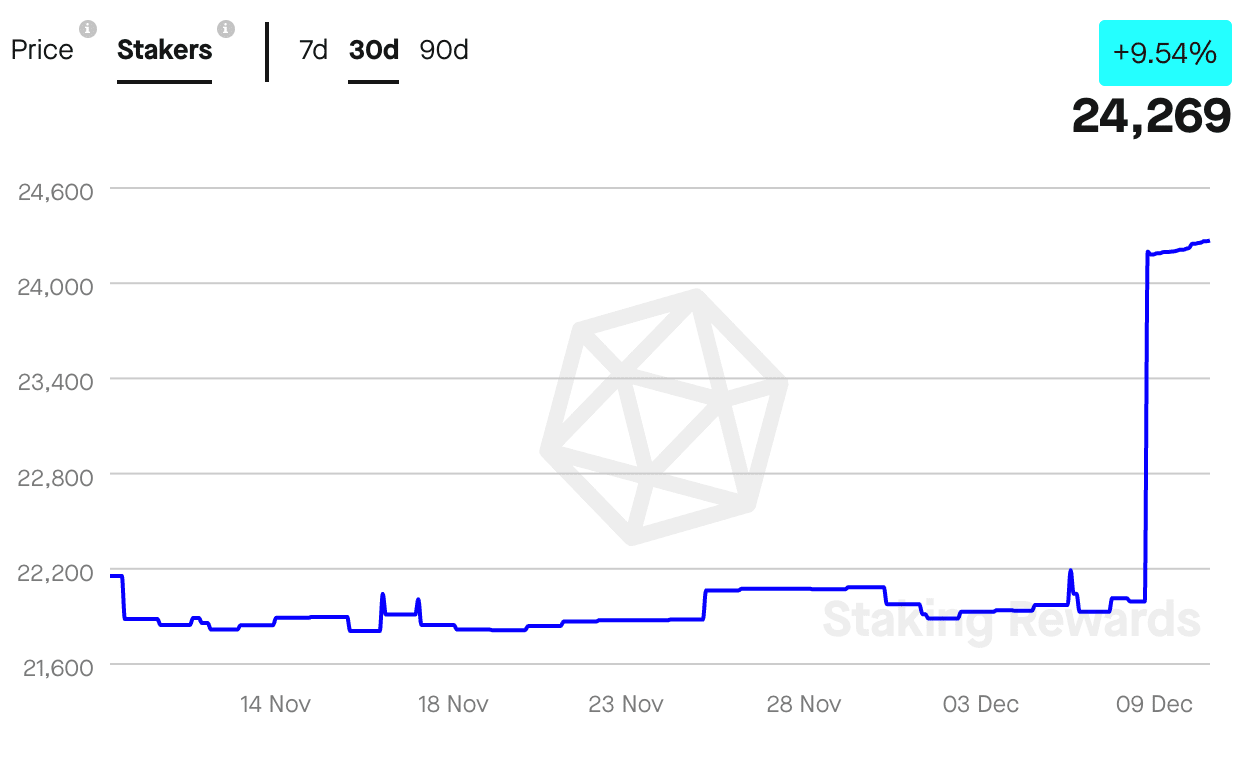 Evidently, the crypto community has been paying attention to Polkadot’s growing ecosystem. That said, at the time of writing, DOT was trading at $5.41. Its price rose by 2.32% in the last 24 hours.