Bitcoin (BTC) records the highest weekly inflow in the latest CoinShares report, as XRP and ADA trail behind with zero.

Being the firstborn crypto, Bitcoin (BTC) has consistently maintained its dominance in the cryptocurrency space. While the bear market has not shown any respect for the asset’s lofty status, Bitcoin has persistently put up a decent fight against the bears.

Despite BTC’s positive sentiments, the asset has seen inflows into investment funds in the past week despite worrisome market conditions when most digital assets are trailing behind.

CoinShares recently shared its Digital Asset Fund Flows Weekly Report for last week. The report revealed a cumulative inflow of $12M into digital asset funds in the past week. While this level of inflow is rather low compared to previous weeks, it beats other weeks that witnessed outflows from these funds.

Bitcoin reiterated its dominance in the digital asset space by taking the largest chunk of the total inflows, reaching $8.8M – 73% of the cumulative value of $12M. The recent inflow of $8.8M marked the fifth consecutive week of inflows BTC funds are seeing.

On the other hand, investors appeared to have been less inclined towards pumping funds into XRP and Cardano (ADA), as both assets saw zero flows. XRP’s good run hit a roadblock in October, as the asset saw outflows for the first time on OCT 3rd, before that, XRP was recording inflows for seven consecutive weeks. Cardano also met the same fate after eight consecutive weeks of positive flows. 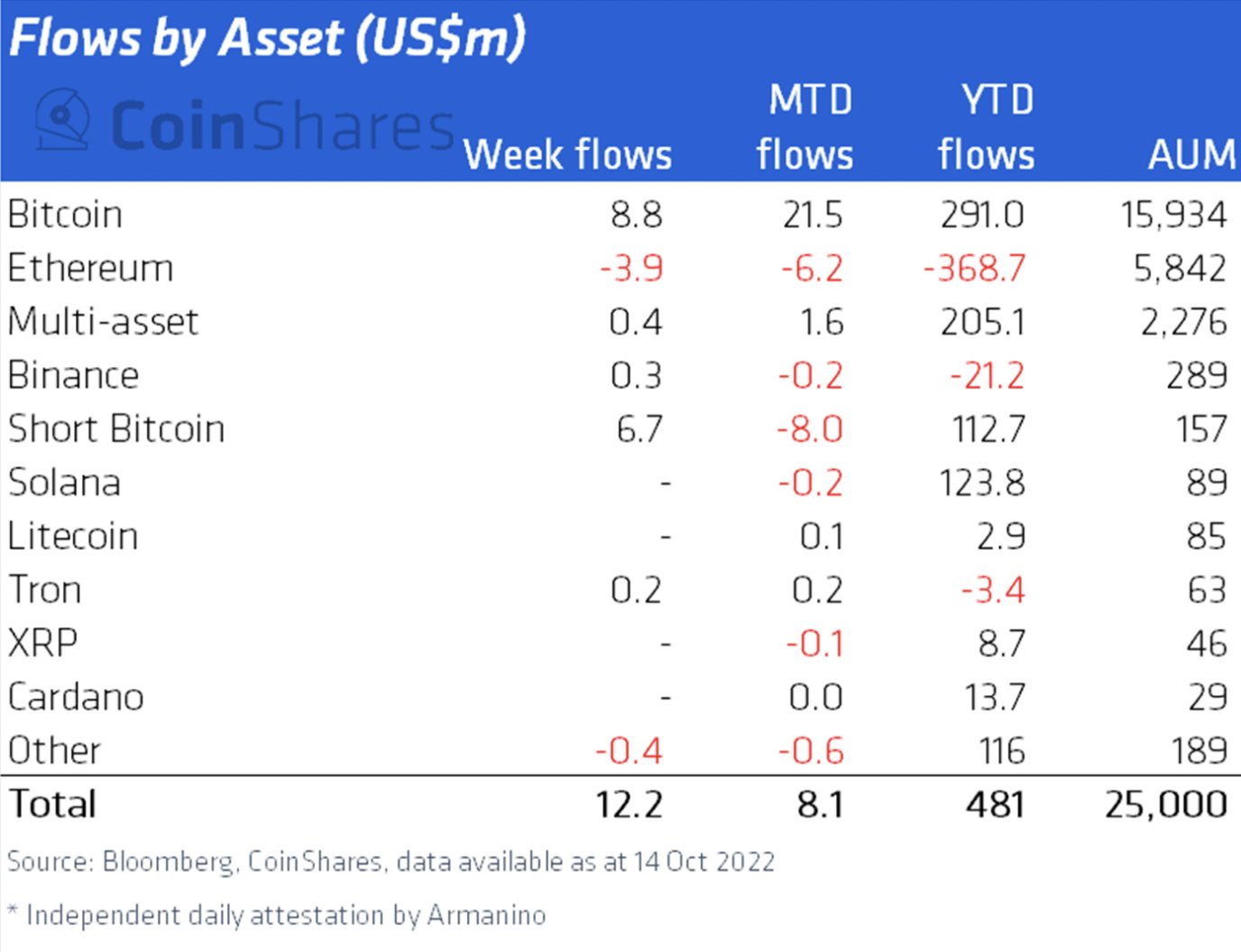 Month-to-date (MTD) flows of Cardano remain flat at a value of $0, while XRP has seen a slight MTD outflow of $0.1M. Bitcoin, however, is still looking good, with MTD inflows totaling $21.5M. The king altcoin, Ethereum, appears to be seeing even more bearish sentiments than XRP and ADA, as it recorded outflows of $3.9M in the past week, with MTD outflows of $6.2M.