Why you should not buy the dip on Cardano yet


Cardano price has been on a massive downswing while all the altcoins were rallying. The recent bearish onslaught has made things worse for ADA holders but a further move to the downside is yet to come.

Cardano price has been on a 35-week downswing since its all-time high at $3.11 in September 2021. This tiresome downtrend seemed to have caught a break in March when ADA rallied 60% and set a higher high at $1.24.

However, the bears had other plans and pushed Cardano price back into a downtrend. The recent market crash has only added to ADA’s woes. As the so-called “Ethereum-killer” trades around $0.619, investors need to note that this is not the base.

The immediate stable support for Cardano price is at $0.397, which is roughly a 35% crash away from the current position. Adding credence to this downswing is the inefficiency of the price during its rally in early 2021.

Therefore, if investors are looking to buy the dip, it would be around $0.397. A crash to this level will exhaust the sellers, allowing buyers to scoop ADA at a discount. 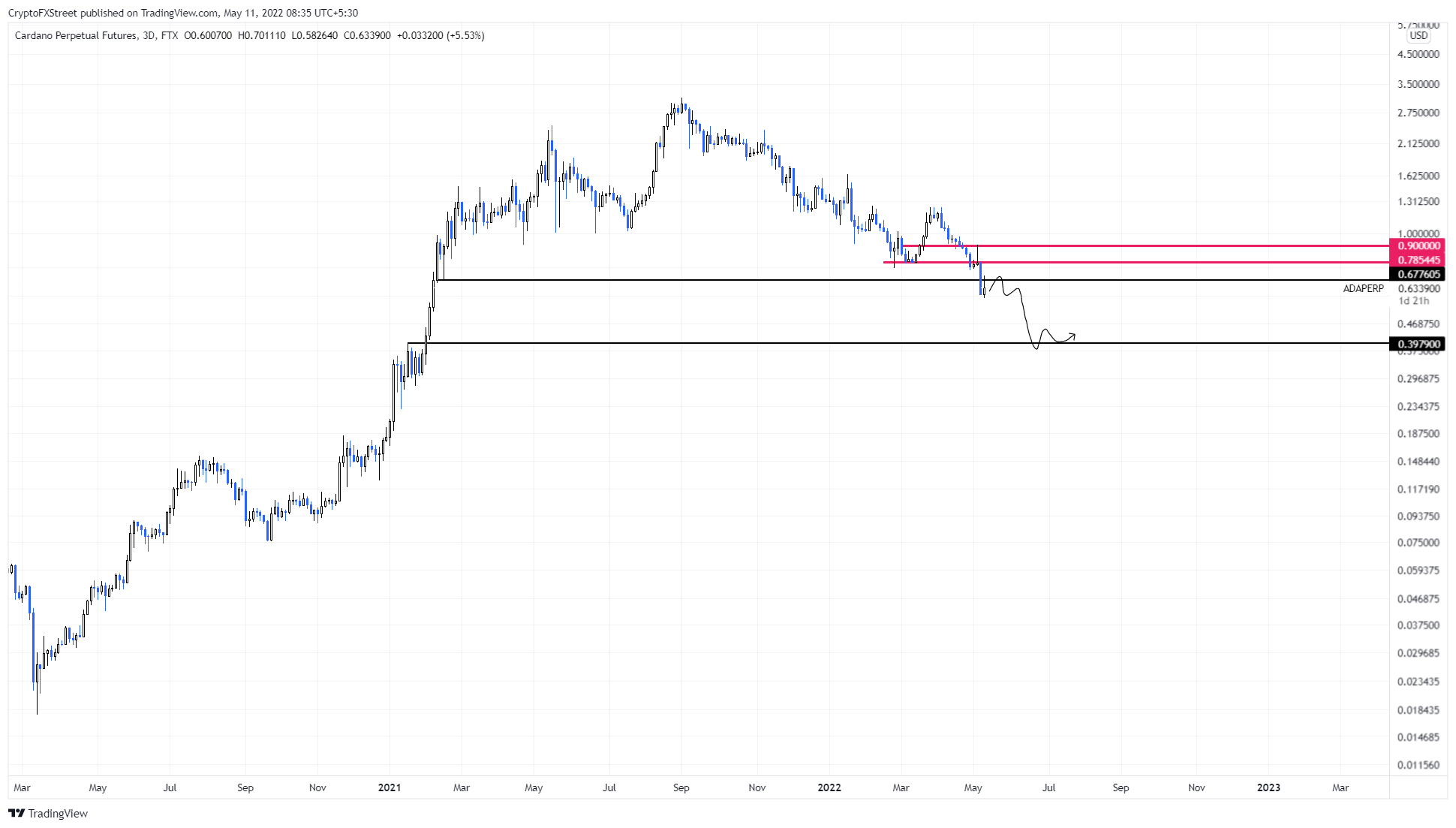 Further adding credence to the bearish outlook for Cardano price is the recent decline in the number of wallets holding between 100,000 and 1,000,000 ADA tokens. This category of investors has been offloading their tokens and their numbers have dwindled from 22,807 to 21,100 since March 11.

This 7.9% drop indicates that these investors are selling their tokens and are not bullish on ADA yet.

Regardless of the bearish outlook, a three-day candlestick close above $0.677 will reclaim a crucial level and flip it into a support level. This development alone could trigger a buying spree and invalidate the bearish thesis by flipping the $0.785 hurdle. In such a case, Cardano price could rally higher and tackle the $0.900 barrier.

Why Bitcoin, Shiba Inu, and Cardano Are Down Today