Why The Graph, Fantom, and Polygon Each Plunged More Than 13% Today

Each of these tokens has lost roughly half of its market capitalization over the past week. Thus, today’s decline is simply one of a few days of consecutive selling that has investors scratching their heads. 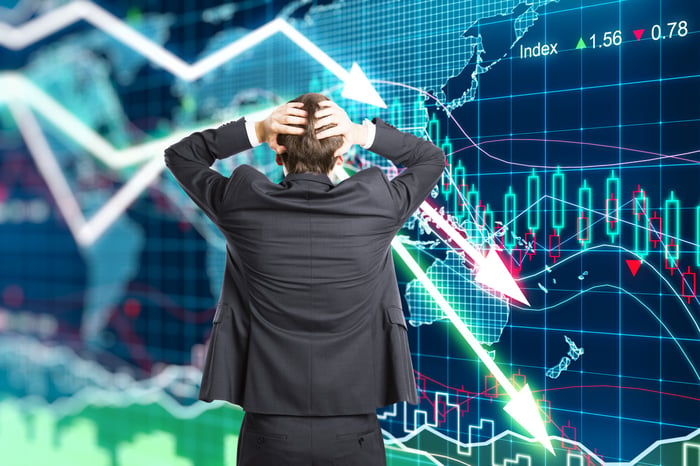 Most of the recent declines seen in The Graph, Fantom, and Polygon have come over the past three days, during which crypto market volatility has hit highs not seen since previous speculative rallies in the past. Unfortunately, this time the heightened volatility is manifesting itself on the downside. Much of this has to do with the recent collapse of Layer-1 network Terra (LUNA -99.49%), and the de-pegging of its algorithmic stablecoin TerraUSD (UST -61.08%).

We all know the markets are volatile right now. Taking a peek at how equities have been trading of late, it’s clear that investors aren’t exactly in risk-on mode.

However, the crypto market has seen outsized volatility, violently swinging lower in recent days on news that one of the world’s (previously) largest stable coins had lost its peg. TerraUSD now trades at less than $0.40 per token, essentially negating the thesis that this token can retain its value, which should be $1.

For crypto markets, this is a big deal. The Graph relies on developer interest for various projects, many of which rely on stable coins to properly function. Layer-1 network Fantom relies on many of the same catalysts for growth. And with other mega-cap tokens such as Ethereum declining of late, Ethereum scaling solutions such as Polygon are seeing muted interest.

Thus, there are indications that an indiscriminate panic is taking place in the crypto market.

How the collapse of the UST stablecoin ultimately plays out remains to be seen. Without a crystal ball, it’s hard to predict exactly what the impacts will be a year or two down the road for The Graph, Fantom, or Polygon. However, it’s clear that systemic risk is higher than it’s been in some time for these top tokens. Accordingly, investors are pricing this risk into the market very aggressively right now.

Those taking the view that this short-term turmoil will level out at some point may be increasingly interested in the discounts these tokens are trading at right now, relative to their highs. However, until some buying pressure manifests, it’s hard to make the case that there’s some sort of floor to stand on.

For now, I remain on the sidelines with all three of these tokens. That said, I’ll be keeping a close eye on how The Graph, Fantom, and Polygon perform in the weeks to come. One thing’s for certain — it’s going to be a bumpy ride.

3 cryptos that investors are rushing to invest in this month: Polygon (MATIC), Solana (SOL), and Firepin Token (FRPN).