As the entire cryptocurrency market suffered a massive sell-off, Dogecoin price also plummeted from a high of $0.06 to a low of $0.041. However, thanks to another endorsement from the CEO of Tesla and SpaceX, Elon Musk, the digital asset managed to recover almost instantly.

On the 12-hour chart, Dogecoin price had a V-shaped recovery from a low of $0.041 and is now facing one last critical resistance level at $0.06. A breakout above this point could quickly push Dogecoin price towards $0.09. 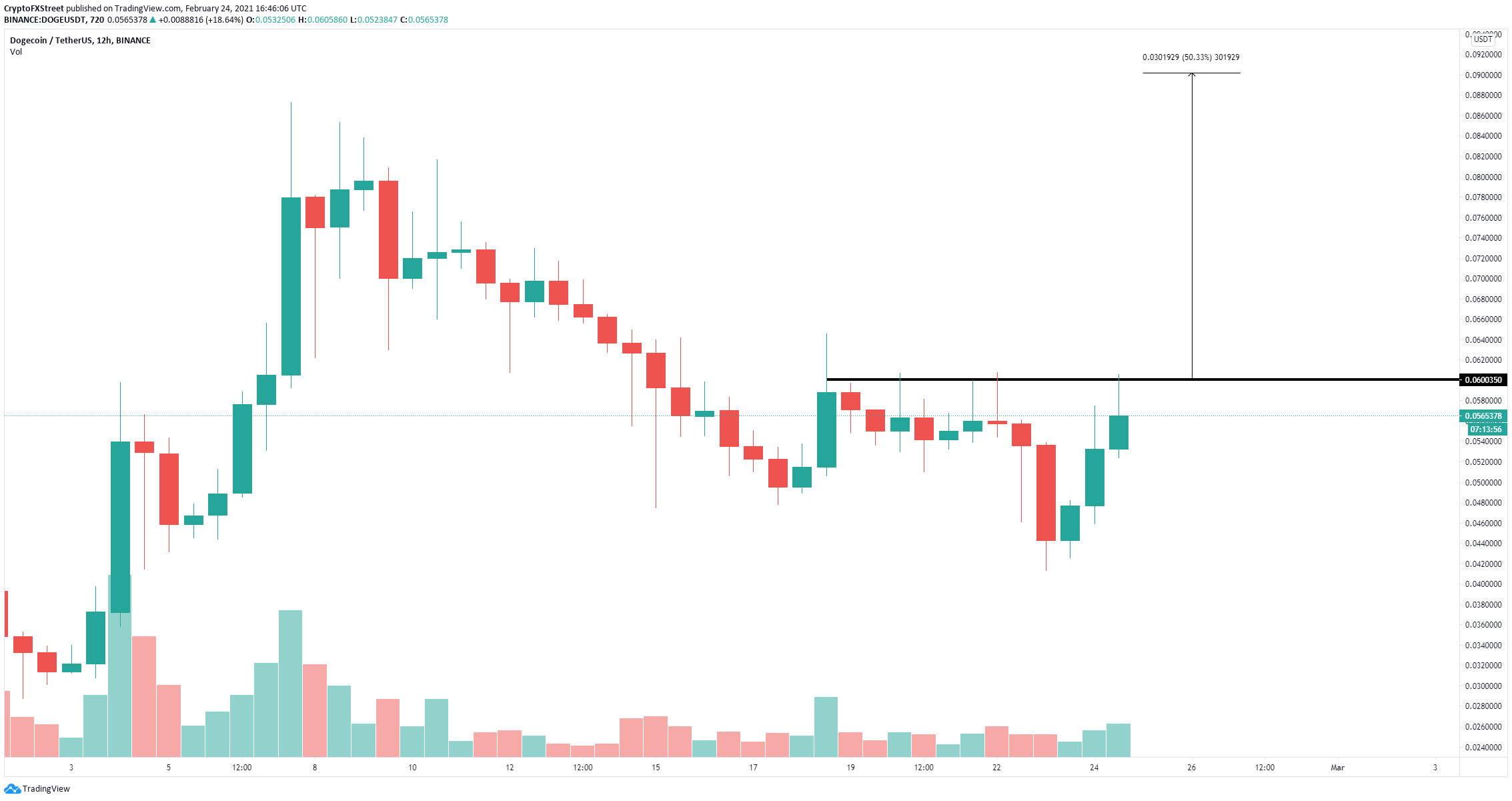 The In/Out of the Money Around Price (IOMAP) chart shows only one key resistance area between $0.058 and $0.0599 which coincides with the barrier specified above giving a lot of credence to the bullish outlook.

The most recent tweet of Elon Musk and his change of bio had a positive effect on Dogecoin but not as much as the previous ones, which indicates that perhaps Musk’s power over the digital asset is fading away. 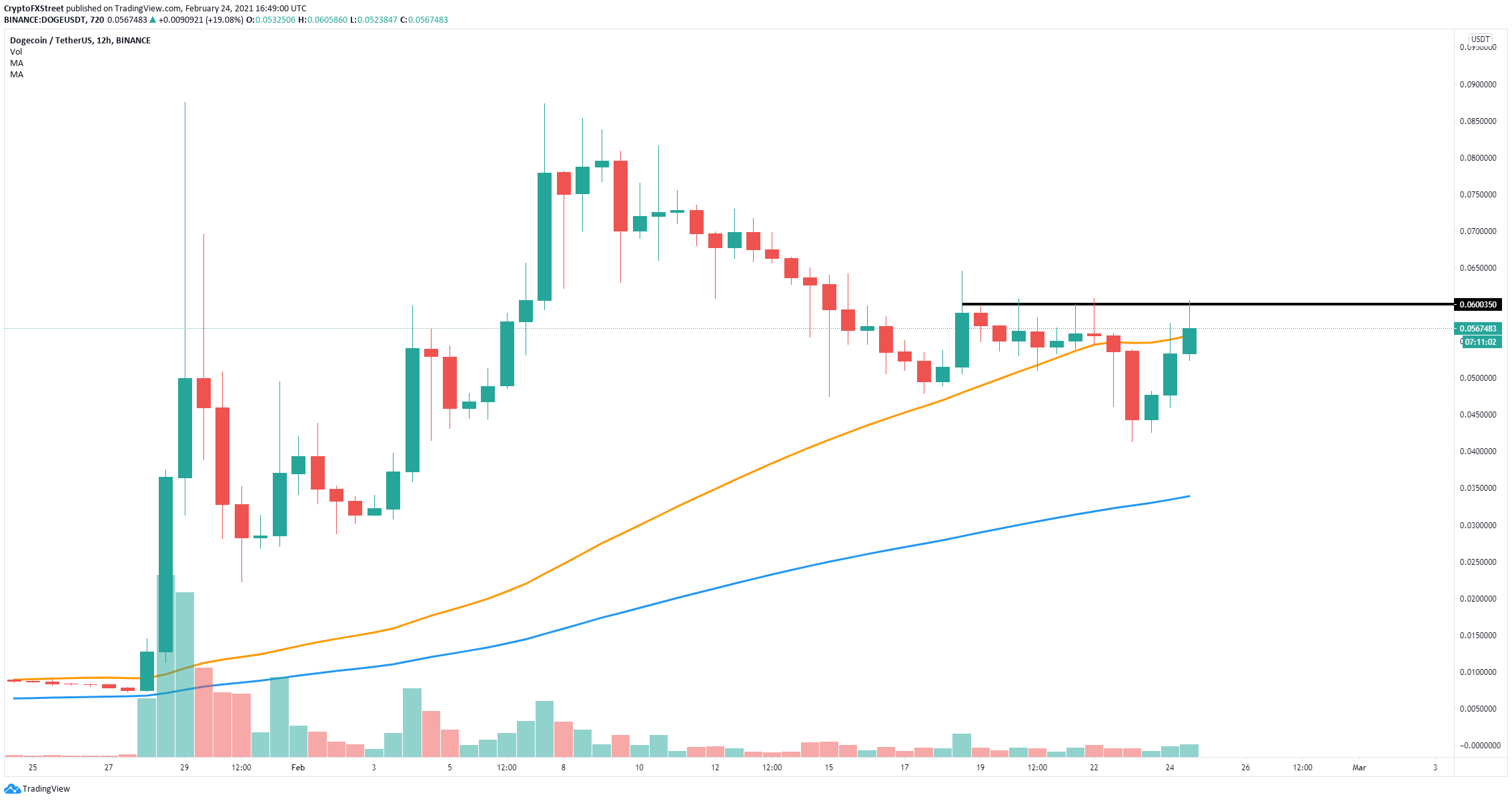 Failure to hold the 50-SMA support level at $0.0557 would be a bearish indicator with the potential to drive Dogecoin price down to the 100-SMA all the way down at $0.034.