Crypto According To Nipsey 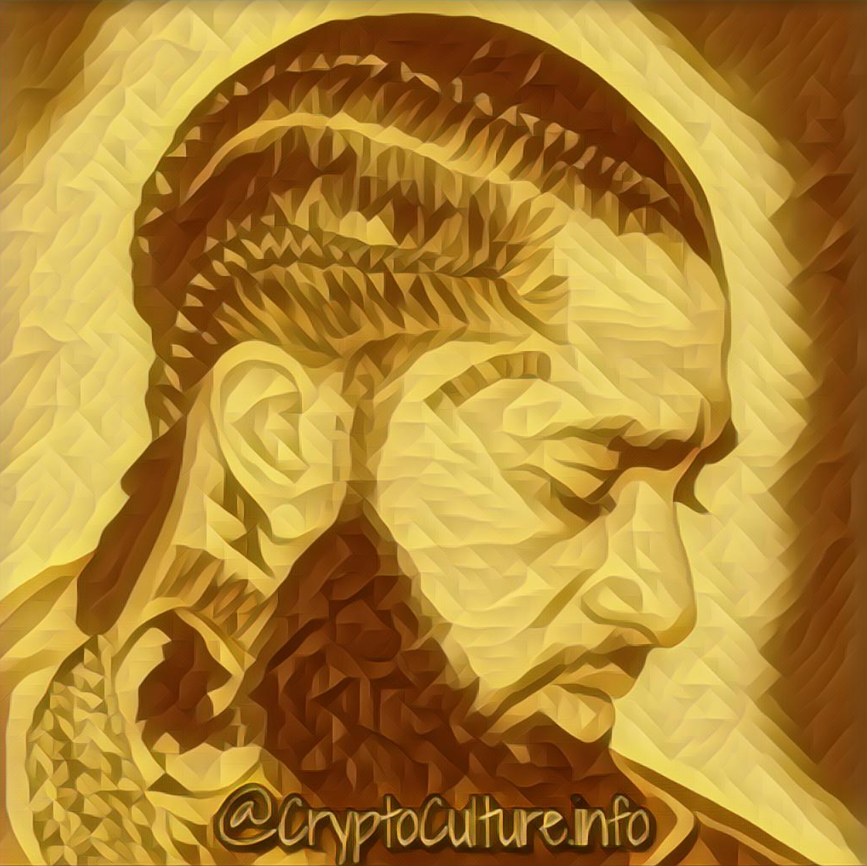 So it started with “A beginner’s guide to Bitcoin and Cryptocurrency” According to Nipsey Hussle.” This article is where I saw Crypto enter the world of Hip-Hop.

See I have this need to connect with the worlds I feel will be a part of my future. With technology always evolving at a pace I can’t keep up with. (Fact: Just a little over ten years ago neither the iPad, IG, nor Snapchat existed.) I started becoming curious with where the next ten years would take me. And my path of curiosity led me to Crypto. I searched crypto for beginners and a connection was revealed. An article of Nipsey Hussle breaking down Crypto.

Nipsey’s legacy extends beyond being a artist. Even to this day going on two years after his untimely transition in this life, he inspires many to this very day. If you saw the visual album released this month in his honor, you can see why the mention of his name brings inspiration. His marathon legacy lives on to this day. What pulled me into this article was he was talkin about the future of technology. He was discussing Bitcoin, before anyone I knew even heard of it. And with this interview with XXL Mag he was among the first to introduce cryptocurrency to the hip-hop community.

In his interview he talked about the rough start he had with Marc Ecko when they first met. But how that encounter in 2013 changed his perspective, and turned out to be a blessing. Marc Ecko put him on to the crypto game. Now if you’ve never owned a t-shirt with a rhino on it, or never heard of Complex magazine. Then you have no idea who the owner of both of those companies Marc Ecko is. His last name alone has long been a part of the hip hop culture. In a private meeting Marc, he encouraged Nipsey to research Bitcoin.

Nipsey returned to L.A. and did his research. He came across an article in LA Times about Bitcoin and took it as a sign. He saw the possibilities and realized it was a profitable venture. Noticing the importance of Bitcoin and how its value increases day by day. Think about investing financially into Bitcoin in 2013 when it was sitting around $130 at the start of the year. And now as I write this it’s over $36,000. Think about buying just 1 token, and then forgetting it for eight years, just so you can watch a hundred turn into thousands by doing nothing.

Around 2013  when Nipsey was researching crypto, neither the US nor European countries wanted to get behind cryptocurrency. The technology behind it is disruptive to their “this is how we always do it” political and corporate ways. Nipsey noticed all this and was more than inspired to invest in Bitcoin, he took the steps to purchase ownership in an Amsterdam-based crypto company called “Follow Coin”. Which during that time was a company that assisted potential investors on the crypto moves of expert traders. His goal with this collaboration was to bring an understanding and trustworthy advice to everyday people who wanted to be involved in crypto. He didn’t want this culture to be left out in blockchain technology.

Nipsey explained why cryptocurrency is something everyone may want to invest in sooner than later. He’s quoted in the interview as saying, “The hip-hop culture shouldn’t be left out like we always are,” Nipsey tells XXL. “Our influence is leveraged, but we’re always left out until it’s too late. That’s why I thought it was important to be involved as an entrepreneur and to be vocal and bring it to the hip-hop consciousness, so that people who have resources and assets available can participate.”

Read More: A Beginner’s Guide to Cryptocurrency, According to Nipsey Hussle – XXL |

With that said, understand investing doesn’t have to only be financial. Investing time in learning the technology behind it, can be even more rewarding than financial investing. Before investing in ownership of a coin, Nipsey did his research to understand the why’s behind it the tech. He wanted to form an educated opinion on it, so he started researching the programming and technology behind it. He was intrigued by why the programmers that created the coins wanted to remain anonymous. Through his research he felt the reason for the resistance for crypto was all political. Because it’s not regulated nor does it have connections to central banks. Nipsey said the resistance to embrace crypto didn’t feel natural. After doing my own research I came to the same conclusion. For me this means the power isn’t with them, then it must be with us.

Nipsey acknowledged that it’s a fast-growing technology. He talked about how shocked he was to see Bitcoin explode to $17,000 just four years after discovering it. Seeing this growth encouraged him to focus even more on crypto. He discusses being excited to see payment companies like Paypal and Apple Pay start to integrate it into their applications. He was imagining a world where you could buy Starbucks with cryptocurrency. With just the news here in the beginning of 2021, I doubt anyone would be surprised if this happens before we even got to 2022.He saw the opportunity for people being more comfortable investing in Crypto when they started to see it apart of their everyday lives. Like using crypto to check out in Amazon. He felt when retailers really started to embrace crypto that’s when it would really take off.

Nipsey discussed his research into politics and technology. As well as the connection he discovered in Muammar Gaddafi and the political resistance seen today with crypto. He said Bitcoin is the digital version of what Gaddafi was doing in Africa. “The US dollar isn’t tied to precious metal, it’s a fiat currency.” (XXL) His studies in history showed him that countries utilizing fiat currency saw the fall of their empire after 100 years. I’ve been following this guide of research on my path. I read up on the politics, technology, and history to have an educated opinion.

Nipsey discussed how imbalanced the power is for people who cant create currency. We saw how GameStop (GME) not only shifted but flipped the world of stock investing so that the power went to the average person (retail investors) investing for stocks. We also saw the possibilities for crypto’s like DOGE. Imagine a meme coin like DOGE potentially shifting the balance of power in regards to the power of currencies towards the little guy. Nipsey saw the opportunity blockchain could create years before what we are seeing in the beginning of 2021.

He discussed the critics saying crypto is too volatile. He felt crypto was something that could be stabilized in time. He said “ You gotta watch something over the course—that’s why my brand is called The Marathon. Premature certainty is the enemy of the truth. You need to pay attention to things for a while and you can start to see patterns. Bitcoin is still really new.” (XXL)

Here we are three years after this article was published and we are still acknowledging crypto is in its infancy. Nipsey agreed with the critics it is volatile, but you just need to be careful when investing financially in crypto. Like most advisors will tell you, investing is not a get rich quick scheme.

He acknowledged that the future of cryptos would grow beyond just Bitcoin and Ethereum, and that all of them will rise in value. He felt strongly about this because the base price is so low, it has nowhere to go but up. The same is still being said years later. There is still nothing but time and opportunity to take advantage of the infancy of this technology.

The main thing I got from Nipsey’s article is to educate yourself on more than just the base prices of crypto. Learn the politics and history behind it, and to always pay attention to the connections. The more you research the more benefits you will find. The original article is a must read; I don’t do justice to the entire interview. Read exactly from his words what he thought of crypto technology and its potential in our world.

We encourage you to take what you gain form reading these and share it. Let’s play our part in shifting the imbalance of power. Remember life doesn’t stop teaching, so never stop learning.

Previous articleMorning Bell With Jim Cramer: Own Bitcoin, Not Dogecoin
Next articleWhat is it, how do I buy it and can Dogecoin make me rich?