Cardano price prediction: can ADA go to the moon and 20x before 2024?


With Cardano continuing to roll out upgrades for its network, many analysts predict that its token, ADA, will go to the moon in the coming year.

The Cardano network has long been considered “slow” in releasing developmental upgrades but recently increased the pace by hard forking in September to introduce the Vasil update. As a result, more projects have started to look into deploying on Cardano. 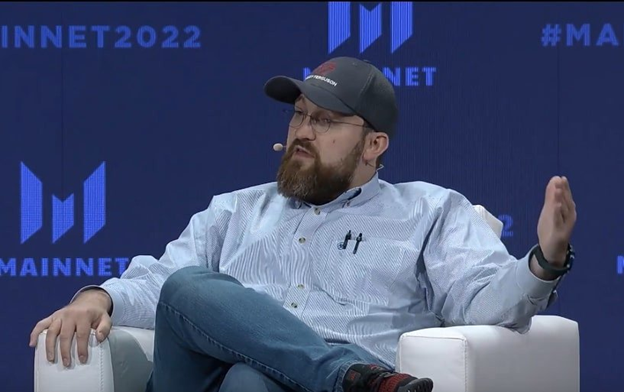 Charles Hoskinson, the co-founder of Ethereum and Cardano, spoke at Mainnet 2022 earlier in the year and claimed that venture capital funds would come into the Cardano ecosystem organically. Continuing with the premise of “if you build it, they will come,” Hoskinson believes that VC firms will begin to flood into Cardano due to greed being one of the obligations to satisfy their investors.

Hoskinson believes that the Cardano ecosystem is purpose-built for institutional investors due to its mass adoption appeal. The Cardano network can be much more scalable to the mass market than competitors such as Ethereum and Solana and Hoskinson insists that the projects built on the network will attract institutional investment. As a result, developers will start to realize Cardano is one of the best chains to build on top of;

I’ve seen hundreds of tweets like this one. Lots of projects are excited to deploy now https://t.co/6SxxaotFcH

The Cardano blockchain conducted a hard fork on September 26th to roll in the Vasil upgrade. The upgrade went live on September 22nd but was activated a few days later.

Designed to improve the ecosystem’s scalability and transaction throughput, the Vasil hard fork ushered Cardano into a new era where decentralized applications could thrive on its network.

With the previous Alonzo upgrade, decentralized applications were only introduced on the network a year ago, allowing developers to launch their projects and applications on the network. In addition, the new Vasil upgrade enhances the smart contract capabilities and upgrades the programming language, Plutus, available to developers.

Cardano Ranks Ahead of Polygon, Solana, and Polkadot for Active Developers

A recent Tweet by Coin98 Analytics confirmed that Cardano ranks second in active developer counts, putting it ahead of Polygon, Solana, and Polkadot.

The data provided by Santiment shows that the GitHub repository for Cardano attained 600 forks, indicating a higher number of active developers contributing to the project.

Cardano supporters continue to claim the greatest days for Cardano are still ahead.

In the next bull run, the best DeFi trading platform will be on Cardano, and it won’t be close. So will the biggest book NFT platform backed by huge names in publishing. A fast growing mobile network. Biggest DID project. Been here two bulls and bears, never felt more confident

In all fairness, they’re probably correct. But unfortunately, Cardano is still a long way from attaining its goal of becoming a layer-1 with a flourishing ecosystem. However, the latest series of hard forks (Vasil, Alonzo, and Mithril) are taking it one step closer to its goal, but still, only around 1000 projects are being built on the network itself.

To provide additional incentives to developers building on Cardano, the commercial and venture capital arm of Cardano, EMURGO, recently announced a $200 million fund to help developers to build on top of its network;

Cardano development lab @emurgo_io will invest over $200 million to support projects directly building atop of or integrated into @Cardano’s network alongside their own. https://t.co/3Np4sxpnaq

Adding further to the optimism, Dan Gambardello, founder of CryptoCapitalVenture, also stated to his 300,000 followers that the last year leading to the current price was the most challenging part for ADA holders. He continued to say the clouds will eventually clear, and Cardano will thrive in the next bull cycle;

$ADA holders, I think the last year leading to this current moment was the toughest part. Now we prepare for the last leg of the bear market. It will be volatile & crazy, but the clouds will eventually clear and #Cardano will thrive in the next bull cycle. Stay strong & plan.

Cardano has seen a rough few months of trading and recently slipped to a 21-month low this week;

For ADA to 10x from here, the price would hit the previous all-time high price of around $3.16. From there, hitting $7 shouldn’t be too much of an issue once ADA starts to make fresh all-time highs in the bull run.

Even though ADA can hit the moon and hit 20x before 2024, it’s always important not to put your eggs into one basket and keep your portfolio diversified. That involves keeping a portfolio spread across the top 30, with some potential moonshots added.

The cryptocurrency raised over $5 million in its presale – just two weeks from going public. The project is quickly gaining traction as ESG and environmentally-conscious investors rush to the project that will push crypto into a much more sustainable and greener future.

✅ Purchase IMPT tokens right on the platform or accumulate them while shopping and use them to buy carbon credits.
✅ List your carbon credits on our marketplace to help combat climate change. pic.twitter.com/cTJ7AAZYXi

It provides access to genuine, traceable, NFT-based carbon credits and allows shoppers to earn carbon credits while conducting their everyday shopping. IMPT has partnered with thousands of brands ready to allocate a specific sales margin to environmental projects. When a user purchases a product, that sales margin is held in their account as IMPT tokens until they have enough to buy a carbon credit.

Overall, IMPT is one of the best potential moonshots for 2023 and is undoubtedly an excellent diversification option.

Disclaimer: This is a paid release. The statements, views and opinions expressed in this column are solely those of the content provider and do not necessarily represent those of Bitcoinist. Bitcoinist does not guarantee the accuracy or timeliness of information available in such content. Do your research and invest at your own risk.