With a market capitalization of over $165 billion, Ethereum still stands as the premier Layer 1 blockchain in the world. It is the acknowledged market leader in just about every category of blockchain systems, including NFTs, DeFi, gaming, and the metaverse. Over its seven-year history, Ethereum has provided investors with a staggering return of 38,332.43%. As a result, investors have always sought out “the next Ethereum” that could make them crypto millionaires.

In 2022, Solana emerged as the most likely Ethereum challenger. However, Solana is down more than 80% for the year, and investors could be ready to move on next year with another option. So what will be the next big Ethereum challenger in 2023? One prospect is Algorand (ALGO 0.80%), a crypto that is well known within the crypto community but largely overlooked among cryptocurrency investors.

Ever since its official public launch in June 2019, Algorand has been on a mission to create a world-class blockchain superior in every way to Ethereum. In terms of speed, security, scalability, and overall performance, it ranks near the top of all blockchains. It is also the first-ever “pure” proof-of-stake blockchain. 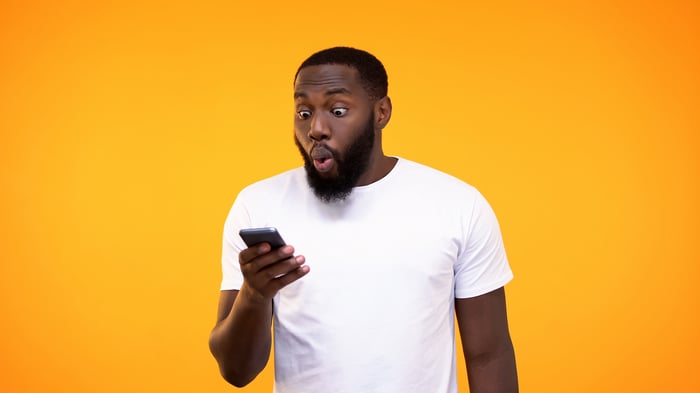 Moreover, Algorand continually gets new upgrades, so it is not resting on its laurels. For example, in early September, Algorand got a major speed upgrade. And it also received a major new security upgrade known as Falcon that will make it completely impenetrable to quantum computing attacks in the future. Algorand is the only major blockchain talking about post-quantum technology.

Algorand is also one of the world’s most sustainable blockchain projects. There are only a handful of blockchain projects that are generally considered to be “green” blockchains, and Algorand has not been shy about proclaiming its credentials. On Earth Day this year, for example, Algorand blacked out the electronic billboards in New York’s Times Square to highlight just how much energy the world’s blockchains are using.

In 2023, being out in front of the green sustainability issue could be huge for Algorand. The White House has just released a major report on the energy and climate implications of crypto, forcing investors to think about this issue. At the same time, Ethereum is playing up the fact that a transition from a proof-of-work to a proof-of-stake blockchain reduces energy consumption by 99.9%. But Algorand has gone one step further: It is not just carbon neutral; it’s carbon negative.

But who is using Algorand?

So, given its superiority to Ethereum in all of these areas, why has Algorand remained off the radar of most casual investors? In terms of market capitalization, for example, Algorand ranks only No. 29 among all cryptos.

One reason could be that Algorand has had a harder time than expected getting people to use its blockchain. If you look at Total Value Locked (TVL), which is a useful metric to see how much activity is happening on a blockchain, Algorand ranks No. 16 among all blockchains, with a total of $240 million. That might be better than Cardano, but it is just one-fifth the TVL of Solana and one-seventh the TVL of Avalanche.

That’s why I’m looking forward to a big catalyst for Algorand coming at the end of 2023: the soccer World Cup in Qatar. This is arguably one of the most-watched sporting events in the world, and Algorand was the first official U.S. blockchain partner of this event. Anytime you tune in to watch a soccer game during the holidays, you might be seeing the Algorand logo, which could do wonders for name recognition worldwide. Moreover, being an official blockchain partner of the FIFA World Cup 2022 could provide a boost to the usage metrics for Algorand. For example, FIFA has announced that it will launch an NFT marketplace for soccer artwork on Algorand by the end of September.

For now, I’ll take a wait-and-see approach with Algorand. While it has continually been one step ahead in areas such as quantum cryptography and blockchain environmental sustainability, Algorand has paid less attention to winning over normal, everyday crypto enthusiasts who are more focused on playing games and trading NFTs.

In addition to rooting for the U.S. Men’s National Soccer Team, I’ll be rooting for Algorand in November and December. If there is any year that Algorand could become a breakout crypto investment, it will be 2023. If things all go according to plan, people might actually start talking about Algorand as “the next Ethereum.”

Previous articleTexas Protocol: The agribusiness revolution through blockchain
Next articleCelsius Shareholders File to Stake Their Claim for Bankruptcy Payouts

Tron Could Be Ready For $0.1 After Hard Fight, Here Is Why?