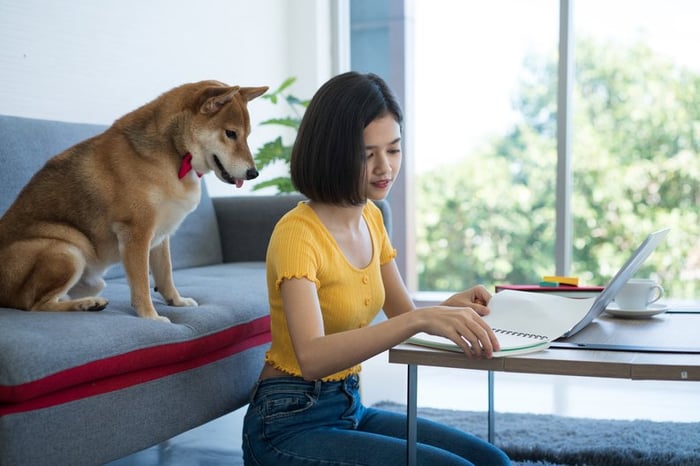 Elon Musk is collecting titles. More than just an eccentric businessman, he has overtaken Jeff Bezos as the richest man in the world, and has been playfully dubbed the “Dogefather” due to his support of Dogecoin.

Earlier this year, the business mogul announced that his company Tesla would be accepting Dogecoin. It began with Santa Monica Supercharger accepting the cryptocurrency as payment, the first in the Tesla company to do so. Musk tweeted at the time, “Of course, you can pay in Doge.” This led to a major price spike in the currency’s value, bringing it all the way up to $0.1944.

Why SpaceX has joined in supporting Dogecoin

In recent tweets and in an interview with Bloomberg Live, Musk reinforced his support of the coin. And now SpaceX has become the most recent of his companies to start accepting Dogecoin. “Tesla accepts Dogecoin for some merchandise and SpaceX will do the same,” said Musk. When asked about the reasons behind this in the Bloomberg interview, Musk said, “I just know a lot of people who are not that wealthy who, you know, have encouraged me to buy and support Dogecoin.”

More specifically, he referenced that some of this encouragement came from employees of his companies. “I’m responding to those people and just people that, when I’ve walked around the factory at SpaceX or Tesla, they’ve asked me to support Dogecoin, so I’m doing so,” he said.

Similar to when Tesla began accepting Doge, a price spike resulted from this announcement. On June 21, Dogecoin jumped 13% to place it at $0.06784 after the news. It may be leveling off, however, because today it is down 5%, with a price of $0.06289, according to CoinMarketCap.

It may be considered a bold move to embrace cryptocurrency at a time when the market is seeing such extreme lows. Dogecoin itself is down 90% from its all-time high and is not alone in this bear market. But if the forward-thinking, business-savvy Elon Musk is unwavering, it could be a signal that the world of digital currency is not over yet. Or maybe he is just loyal, after all, you should “never go against the family.”

Our updated list of the best cryptocurrency apps for 2022 is packed with best-in-class picks. The cryptocurrency apps that landed on our shortlist include perks such as $0 commissions, and one pick that is offering a $50 bitcoin bonus. Check out the list here and get started on your crypto journey, today.

Get the top picks

We’re firm believers in the Golden Rule, which is why editorial opinions are ours alone and have not been previously reviewed, approved, or endorsed by included advertisers.
The Ascent does not cover all offers on the market. Editorial content from The Ascent is separate from The Motley Fool editorial content and is created by a different analyst team.Katie Clinebell has no position in any of the stocks mentioned. The Motley Fool has positions in and recommends Tesla. The Motley Fool has a disclosure policy.