Shares of many cryptocurrencies continued their plunge downward this week, as inflation continues to stay hot and because of other more specific crypto news.

The stock market and cryptocurrencies sank Friday, after a key gauge of inflation came in hotter than expected. The latest data from the Consumer Price Index (CPI), which tracks a basket of daily goods and services, shows that prices rose 8.6% in May on a year-over-year basis. Economists had been predicting only an 8.3% rise, and the new data shows that inflation may not have peaked yet. 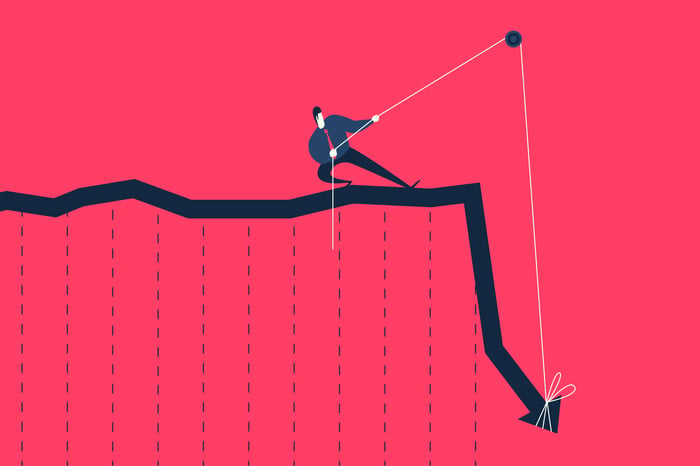 This could be problematic for cryptocurrencies, which have not fared well since the Federal Reserve began raising its benchmark overnight lending rate and started to reduce its nearly $9 trillion balance sheet, hence pulling liquidity out of the economy in a process known as quantitative tightening (QT). If inflation is still high, the Fed will be forced to press ahead with aggressive rate increases and QT, which has hurt riskier assets such as cryptocurrencies.

In more crypto-specific news, Ethereum developers delayed a key step in their long-planned network upgrade that will transition the network to the more energy-efficient, proof-of-stake mining concept. Currently, networks like Bitcoin’s and Ethereum’s use the proof-of-work mining concept in which miners use lots of computing power as they attempt to solve a cryptographic puzzle as quickly as possible to earn new tokens.

Developers said Friday they will delay a so-called “difficulty bomb,” which is a mechanism that makes the cryptographic puzzles increasingly more difficult until it’s eventually impossible to mine tokens using proof-of-work. Once the “difficulty bomb” is turned on and allowed to run through, it essentially triggers a countdown to the new proof-of-stake system, which has now been in the works for years.

“Delaying it gives you time,” said Thomas Jay Rush on a call among Ethereum developers, according to Bloomberg. “It looks bad to the community, but there’s nothing you can do about that.”

Developers added that they don’t intend to delay the merge, which is slated for August, but investors may think a further delay is inevitable.

The latest inflation reading from the CPI is not what investors were hoping for, but it is data from May, and there are some signs that inflation could be peaking soon. Big-box retailer Target recently told investors it has lots of extra inventory as consumers have shifted away from buying discretionary goods.

Regardless of delays, I fully expect Ethereum to complete its network upgrade, which it has been working on for quite a while. This make the network not only much more energy-efficient but also much more scalable, allowing Ethereum to process many more transactions per second through its network.

On the dip, I would buy Bitcoin and Ethereum but ignore Dogecoin, which doesn’t really have any real technical advantage or unique use case over other cryptocurrencies.

10 stocks we like better than Ethereum
When our award-winning analyst team has a stock tip, it can pay to listen. After all, the newsletter they have run for over a decade, Motley Fool Stock Advisor, has tripled the market.*

They just revealed what they believe are the ten best stocks for investors to buy right now… and Ethereum wasn’t one of them! That’s right — they think these 10 stocks are even better buys.

Previous articleEthereum’s Buterin: I do not expect cryptocurrencies to take over the world
Next articleNFTs must be censored: China media watchdog