Dogecoin price has frayed the nerves of both bulls and bears alike. Bears especially have been on the more painful end of the Dogecoin trade due to their inability or lack of desire to push Dogecoin into a flash-crash towards single digits.

The current retracement has undoubtedly shaken the resolve of many hodlers and buyers who are still on the sidelines. One interesting facet of Point and Figure analysis is interpreting the change of a market from bull-to-bear or bear-to-bull. The initial corrective move (throwback or pullback) is not viewed as a weakness but a sign of strength. And that is where trading opportunities occur.

There is a phenomenal early entry opportunity now on the Dogecoin price Point and Figure chart. The theoretical long opportunity is a buy stop order at the 3-box reversal off the current column of Os, currently at $0.1950. A 4-box stop loss (currently at $0.175) and profit target at $0.335 complete the long setup. A 3-box trailing stop would help protect any implied profits post entry. 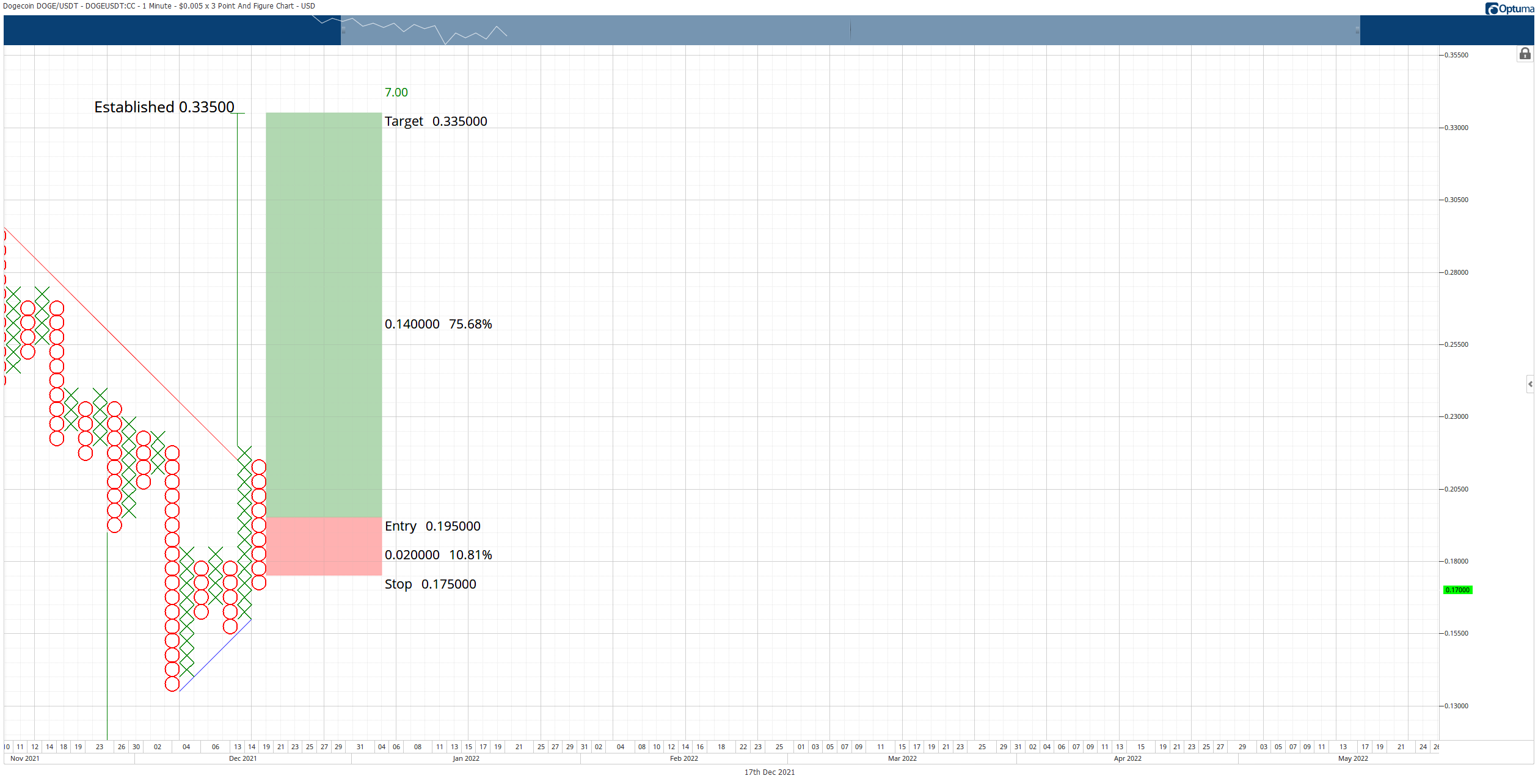 The long setup remains valid as long as Dogecoin price remains above the bull market trendline (blue diagonal line). If it prints a box that breaks that angle, the long idea is no longer valid.