Crypto: What Are Meme Coins? And Should You Invest in Them? 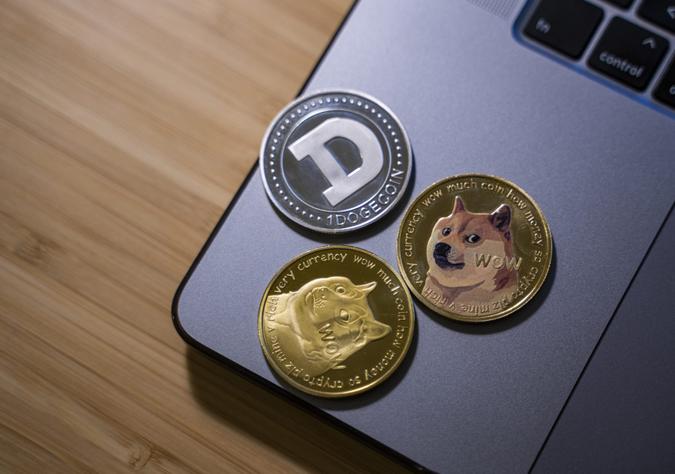 In 2013, the Doge meme went viral online. Based on the internal dialogue of a Shiba Inu named Kabosu, the name of the meme came from a slang pronunciation of the word “dog.”

By December of that same year, the meme had its own blockchain ledger thanks to software engineers Billy Markus and Jackson Palmer, who created Dogecoin as a satire to prove that cryptocurrency could literally represent anything.

CRYPTO OFFER: Buy Bitcoin and crypto instantly! Sign up for Gemini Crypto Exchange and start investing with as little as $100 today.

It remains history’s most famous meme coin and, nearly a decade later, Dogecoin is still big enough to be in an online slap-fight with Elon Musk, who became the world’s biggest crypto influencer with a single Dogecoin tweet last year.

But is Dogecoin or any other meme coin a worthwhile investment? Well, that depends on what you’re looking for as an investor.

What is a Meme Coin?

Meme coins are cryptocurrencies that are inspired by memes and other viral online trends. Sometimes, meme coins themselves go viral, forming a community of enthusiasts. If the crowd grows big enough, interest piques, demand rises and the coin can gain sufficient value to be bought, sold and traded on crypto exchanges, just like Bitcoin.

Find: 6 Alternative Investments To Consider for Diversification in 2022

Technically, it’s not accurate to even call them meme coins. According to Decrypt, a token is “a cryptocurrency that runs atop another blockchain’s infrastructure, rather than a coin, which exists on its own blockchain.”

Meme coins can be either. Dogecoin, for example, is a coin while Shiba Inu is a token.

Sometimes, a Joke Can Be No Joke

Meme coins like Dogecoin “exist as nothing more elaborate than a long-running joke,” according to Maxim Manturov, head of investment research at Freedom Finance Europe.

That’s technically true. Meme coins are inherently farcical, but that doesn’t mean they shouldn’t be taken seriously. Dogecoin is currently trading as the No. 10 biggest cryptocurrency in the world by market cap. It’s worth more than $10 billion — more than FICO, Morningstar, News Corp, Zillow, GameStop, Whirlpool and Hyatt Hotels.

Six spots back at No. 16 is Shiba Inu, an Ethereum-based meme coin launched as a satirical but very serious challenger to Dogecoin. It has a market cap of close to $6 billion.

After the Big Two, the Dropoff Is Steep

If you’re looking to diversify your meme coin portfolio beyond Dogecoin and Shiba Inu, you should be aware that you’ll be dealing with a much more fly-by-night class of cryptocurrencies.

The No. 3 biggest meme coin is Dogelon Mars, which has a market cap of around $216 million, according to CoinMarketCap. From there, it drops all the way down to a market cap of $40 million for No. 4 Shiba Predator. By the time you get to the end of the top 10, you’re down to single-digit millions; and, by the end of the top 20, the remaining meme coins have market caps in the six figures.

Dogecoin was created as a joke, but it might as well be Microsoft compared to the meme coins just a few spots back in the rankings. No. 3 Dogelon Mars combines a play on Dogecoin with Elon Musk’s bid to colonize Mars. Despite the name, the Tesla chief is probably not the one who founded it, according to Crypto Academy, although “The founders of Dogelon Mars are anonymous and it is virtually impossible to find anything related to them on the internet.”

If that gives you comfort as an investor, by all means.

Because most of them are so small, so new and so obscure, meme coins beyond Dogecoin generally have no utility whatsoever. It takes several minutes to use them to pay for anything, according to Forbes, and it costs you several dollars in fees. In some cases, they’re launched solely to popularize a particular network or blockchain.

Unlike Bitcoin, which is finite in supply, Dogecoin exists in unlimited quantities. An infinite supply and no utility means that you’re investing solely on the likelihood that Reddit buzz or a tweet from an influencer like Elon Musk will temporarily boost the price.

So, Who Is Investing Their Money In This — and Why?

In trying to summarize the mindset of the meme coin investor, Forbes came up with this: “Buying a meme coin is like asking a gambler at Foxwoods why they like playing roulette. Because they might turn $100 into $3,500 on double-zero.”

In April 2021, Elon Musk issued this now-famous tweet: “SpaceX is going to put a literal Dogecoin on the literal moon.”

Those 12 words launched Dogecoin from trading at $0.05 to $0.75, according to Barron’s. That is exactly what draws high-risk, high-reward investors to meme coins.

That level of vulnerability to outside forces is why meme coins are so explosively volatile, even by the standards of crypto trading. But that volatility is precisely what gives meme coins the ability to turn pennies into fortunes.

Andrew Lisa has been writing professionally since 2001. An award-winning writer, Andrew was formerly one of the youngest nationally distributed columnists for the largest newspaper syndicate in the country, the Gannett News Service. He worked as the business section editor for amNewYork, the most widely distributed newspaper in Manhattan, and worked as a copy editor for TheStreet.com, a financial publication in the heart of Wall Street’s investment community in New York City.

Previous articleBitcoin Drops To 18-Months Lows, Has The Market Seen The Worst Of It?
Next articleApplied Blockchain shares dive 52% amid market sell-off, crypto declines