Why Dogecoin Looks Set To Jump


Dogecoin DOGE/USD was trading about 1.5% lower on Friday, in sympathy with the cryptocurrency sector and the general markets, which saw Bitcoin BTC/USD and the S&P 500 trading down about 1.5% and 1.2%, respectively.

At press time, Dogecoin had bounced up from its low-of-day price, which caused the crypto to form a hammer candlestick patterns on the daily chart.

A hammer candlestick pattern forms when a red or green candlestick prints, with a long lower wick and a short upper body, which resembles a hammer.

A hammer candlestick, when found in a downtrend, can indicate a reversal to the upside is on the horizon. It is a lagging indicator, however, because the next candle on the timeframe being studied must print before the pattern can be validated.

A hammer candlestick doesn’t necessarily mean a new uptrend will occur, only that a bounce higher is likely imminent.

Candlestick patterns can be used to indicate the future price direction of a stock. Candlestick patterns are especially useful for technical traders when they are combined with other indicators such as larger patterns, trading volume, relative strength index (RSI) and divergences between RSI and price action.

The Dogecoin Chart: As well as printing a hammer candlestick on Friday, Dogecoin may also be working to form a bullish double bottom pattern at the $0.124 level, when the price action is combined with similar price action on April 30. If the double bottom pattern is recognized along with the hammer candlestick, traders can expect a bounce over the weekend. 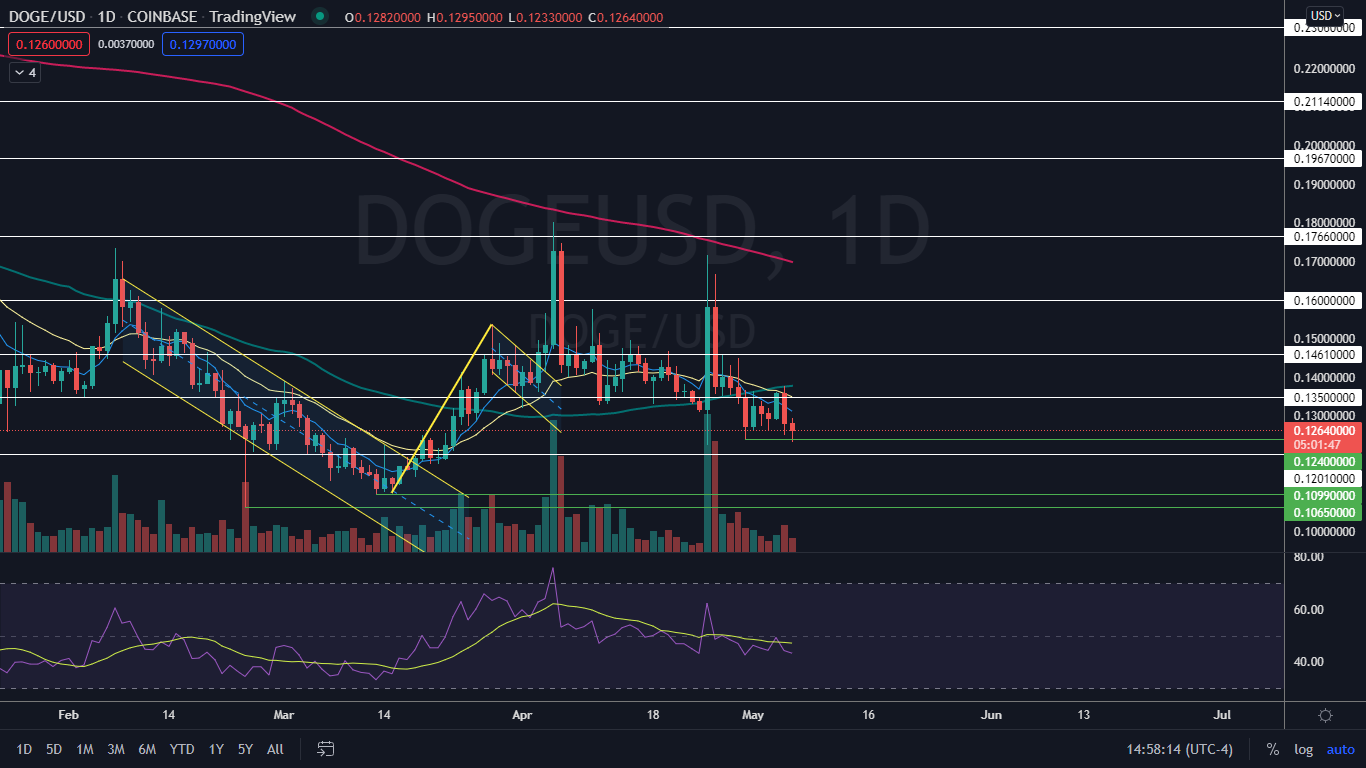