Up 17% in the last 30 days with a market cap of $19.3 billion, Dogecoin (DOGE -5.96%) is showing signs of recovery. But this might be a dead cat bounce. The asset still faces serious headwinds that could position it for more downside in the long term. Let’s dig deeper.

Like many of Dogecoin’s rallies, this recent move upward has a lot to do with Tesla‘s CEO, Elon Musk. The controversial executive has made a multibillion-dollar offer to acquire social media giant Twitter. Some investors believe Dogecoin could benefit from a Musk-owned Twitter because he often promotes the coin through tweets on the site.

Musk also suggests that he will allow people to use DOGE to pay for Twitter’s subscription service, Twitter Blue, if the deal goes through. But aside from that, the buyout will probably have no fundamental impact on Dogecoin. And this means it’s unlikely to drive sustainable growth for investors.

Further, Musk’s proposed Twitter acquisition is far from a sure thing. The company’s board of directors has adopted a poison pill measure designed to prevent a hostile takeover as it considers Musk’s offer. The limited-duration shareholder rights plan allows Twitter’s shareholders to purchase additional shares at a discount if any person or group acquires at least 15% of the shares outstanding. This influx of new shares would dilute the equity and make it harder for an individual to buy a controlling interest in the company.

Musk has a track record of “pumping” Dogecoin, including in January when he promised to eat a McDonald’s Happy Meal on television if the fast-food chain accepted DOGE as payment. So far, none of these antics have led to sustainable growth for the token.

In the meantime, Dogecoin is falling behind in terms of fundamentals. The asset faces stiff competition from newer dog-themed meme coins such as Shiba Inu, which has essentially copied Dogecoin’s branding as it seeks to benefit from Musk-related hype and corner the meme coin market. 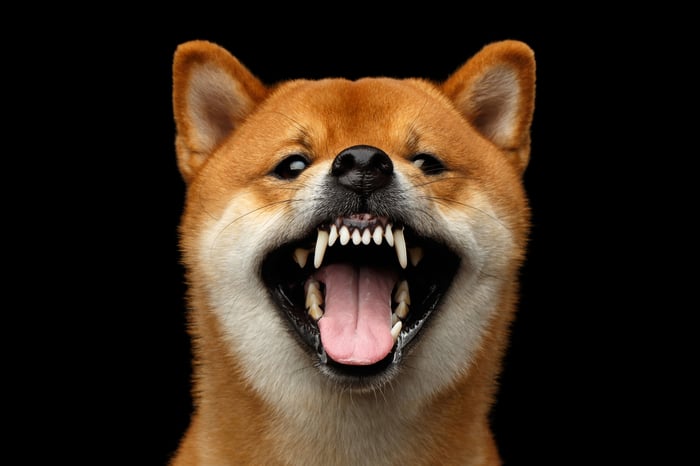 While Shiba Inu suffers from many of the same problems as Dogecoin (hype tends to drive its growth), it also has some advantages. As a token programmed on the Ethereum blockchain, it can handle more complex smart contracts (self-executing programs stored on the blockchain) than Dogecoin. This characteristic gives it more potential use cases — including a metaverse project its developers are creating.

In comparison, Dogecoin’s use cases are limited to storing and transmitting value — and it doesn’t even do that particularly well. The asset’s extreme volatility will discourage merchants from accepting it as payment, especially when the price is crashing. And the token’s built-in inflation could also slowly erode its value over the long term. The Dogecoin supply stands at 133 billion and is programmed to expand by 5 billion annually.

SBF does not see Bitcoin becoming a payment network, lampoons its...