Bitcoin and other major coins were firmer on Monday night, as the global cryptocurrency market cap inched up 0.1% to $2.2 trillion at press time.

Cryptocurrencies continue to have a close correlation with other risk assets like stocks. The correlation is stronger in the case of Ethereum than Bitcoin, according to the financial market data platform Santiment.

“[Ethereum], not [Bitcoin], is the top asset staying tightly correlated to the [S&P 500] performance. And since the [Federal Open Market Committee or FOMC] announcement 3 weeks ago, this has been good news for [ETH],” said the platform in a tweet. 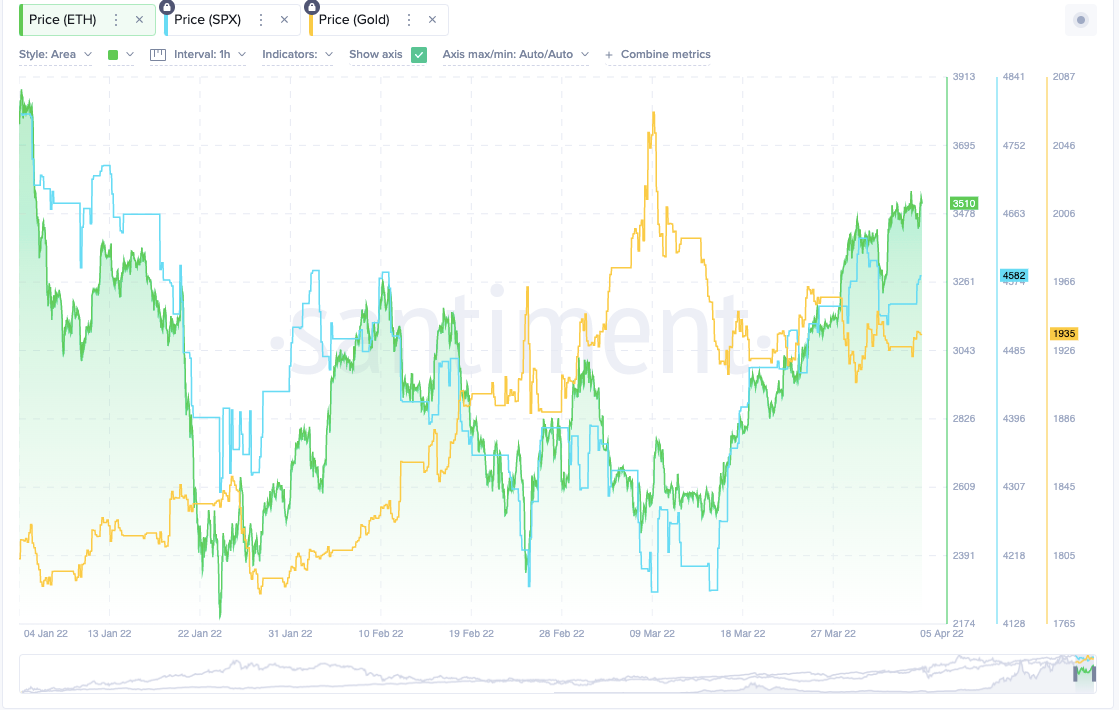 Cryptocurrency trader Michaël van de Poppe tweeted on Thursday that Ethereum has run into the “next resistance,” adding that a correction could happen around the $3,200 range.

Ran towards the next resistance, and I doubt we’re going to break through it in one-go.

Correction could happen towards range-low which is around $3,200.

On-chain analysis firm Glassnode said in a weekly blog that both discrete public buyers and the wider market have been piling on Bitcoin this week. The firm shared the “Accumulation Trend Score,” a tool that tracks on-chain balance change in the market at large. Values near 1 indicate whales or market entities are adding to balances.

“This week returned a consistent stream of values upwards of 0.65, which indicates a general trend of accumulation is underway,” said Glassnode. 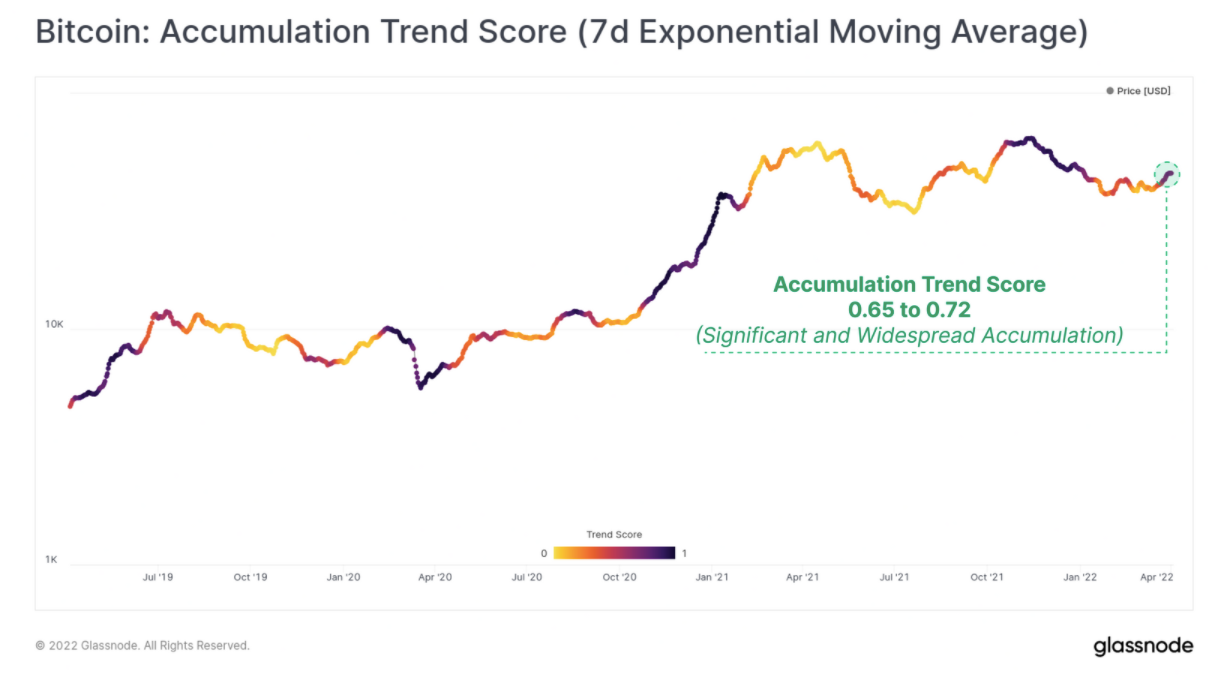 Craig Erlam, a senior market analyst at OANDA, said Bitcoin was “choppy” in the last week after breaking through resistance.

“[Bitcoin] could still build on that breakout but it may be more of a grind than we’ve seen in the past, given the current environment,” said the analyst, in a note seen by Benzinga.