I Chased ‘Dogemons’ Around The Streets Of Tokyo And ‘Earned’ Dogecoin: Here’s How You Can Repeat The Feat

The Gameplay: Braving torrential rains and ignoring a flood warning issued by the Japan Meteorological Agency, I ventured out for you, the dear reader, in pursuit of these virtual creatures.

On launching the game, I was greeted by Satoshi Nakamoto, the pseudonymous creator of Bitcoin (CRYPTO: BTC), albeit in a virtual form complete with a lab coat. Why would you need to wear a lab coat to create a cryptocurrency is as good a guess of yours as mine.

Dogemons have really catchy names such as Etherfant, which as you may have guessed is an Elephant; Bion the Lion; and Floki, a Shiba Inu dog which bears the same name as Tesla Inc (NASDAQ:TSLA) CEO Elon Musk’s mutt.

You catch these creatures and earn DOGO Credits by throwing a rocket ball, a mechanism familiar to regular players of Nintendo Co. Ltd’s (OTC:NTDOY) Pokemon Go.

The rocket and heavenly body reference is a theme present throughout the game as after you ensnare a Dogemon, you are taken to a virtual planet Mars.

Chasing The Almighty DOGE: Littered around the landscape are 3D representations of Dogecoin, which if captured with a rocket ball could earn real DOGE.

This is not the only way of earning the Shiba-Inu-themed coin.

You can also earn DOGE by holding Dogo Credits in the form of once-a-day rewards.

An additional benefit of holding Doge Credits is that it helps in level advancement and increases the chances of a player finding Dogemons and Dogecoins, as per a game splash screen.

These Dogo Credits are swappable in 1:1 ratio into DogemonGo (CRYPTO: DOGO) token, which can be withdrawn, according to Tom, a Dogemon Go representative who Benzinga contacted.

Through my rather sporadic play, I managed to catch at least one 3D Dogecoin very early on in the game.

By throwing three rocket balls in two days — please do not judge my laziness — this reporter was rewarded with 0.016 DOGE for capturing a single 3D Dogecoin.

After factoring the once-a-day DOGE Credit — on the 0.303 DOGO Credits earned through capturing two Dogemons in the embedded video — my total rewards came to be 0.0162 DOGE at press time.

See Also: Axie Infinity (AXS) Is The ‘Foundation’ Of An ‘Emerging Economy’ That Is Play-To-Earn Games, Says Ark Invest

New Dogemons And An Update: Dogemon Go is currently available on Apple Inc’s (NASDAQ:AAPL) iOS App Store under the name Dogemon App. Tom told Benzinga that the name was chosen to avoid confusion with Pokemon Go. The game will be available in the “upcoming five to seven days” on Alphabet Inc (NASDAQ:GOOGL) (NASDAQ:GOOG) subsidiary Google’s Android Play Store.

Tom revealed that three new Dogemons, each representing a cryptocurrency, are due to be released soon. 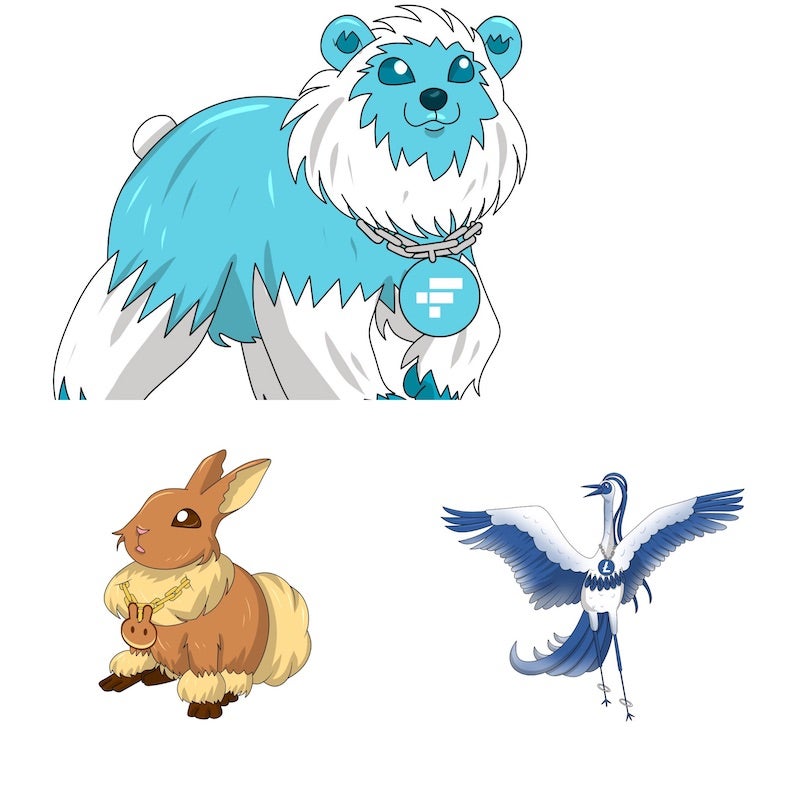 A Collage Of The Upcoming New Dogemons

All the new Dogemons will lead to earning Dogo Credits.

Read Next: There’s Growing Buzz Around Dogecoin-Ethereum Collaboration: Here’s What The Progress Looks Like

Previous articleCrypto Roundup: August 16th, 2021
Next articleWhat Makes NFTs Valuable? What Does It Mean To Own One?