Worried About the Dogecoin Crash? Here Are 3 Safer Stocks to Buy Right Now


Dogecoin (CRYPTO:DOGE) trades down roughly 55% from the lifetime high that it hit earlier this month, and more turbulent action could be on the way. Despite the big pullback, Dogecoin still stands as one of 2021’s best-performing assets — with the cryptocurrency’s price per token having soared nearly 6,900% year to date. It’s not unreasonable to think a bigger sell-off could be in the cards.

The somewhat unpredictable nature of the crypto space means there’s a fair amount of guesswork involved in charting the coin’s next moves, but risk-conscious investors still have other options on the table that are capable of producing impressive gains. With that in mind, we assembled a team of Motley Fool contributors and asked each to identify a promising tech stock with market-crushing potential. Read on to see why they think these companies have what it takes to make shareholders richer. 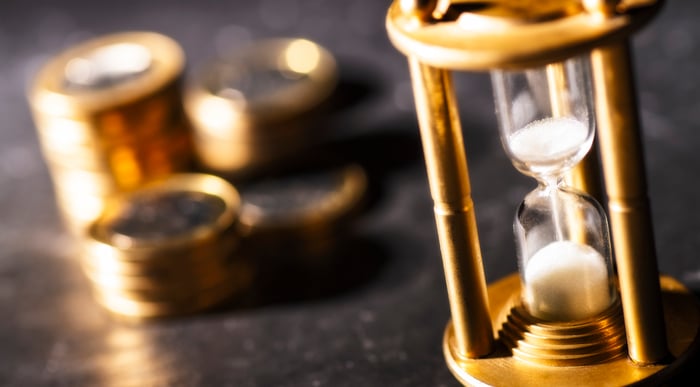 Keith Noonan: Ubisoft‘s (OTC:UBSFY) performance has admittedly been more uneven than that of gaming industry competitors like Activision Blizzard and Take-Two Interactive. Some of the company’s key franchise releases have fallen short of sales targets, and investors should approach the stock knowing that the video game business remains very competitive.

To put it simply, you probably won’t find many investors who think that Ubisoft is the best company in the video game industry. On the other hand, the stock looks cheap at current prices, and it could go on to deliver explosive gains.

The hit-driven nature of the industry means that high-profile misfires tend to be costly, and Ubisoft stock has lagged behind gaming’s biggest winners due to inconsistent performance for important releases. However, Ubisoft still has a solid collection of gaming properties and development studios to work with, and it should have opportunities to regain ground and tap into trends that are powering growth for the overall industry.

In conjunction with an expanding addressable market and unfolding monetization opportunities, Ubisoft should be able to bring its video game series to new platforms. The publisher has mostly been concentrated on consoles and PC platforms, and it doesn’t have a particularly strong presence in the mobile space. While it’s not yet scoring big hits for smartphones and tablets, that means that there’s still plenty of room for growth in the category, and there are good reasons to think that the business can make good on that potential.

The company’s share price is down roughly 34% from its 52-week high, and producing a single new hit could dramatically reshape the narrative surrounding the stock. With a solid collection of resources and industry tailwinds at its back, Ubisoft looks primed to outperform the market’s expectations.

Jamal Carnette: We’re apolitical here at The Motley Fool but would be foolish (small “f”) to not pay attention to government initiatives. One issue where both sides of the aisle agree is internet connectivity and 5G wireless. Former president Donald Trump briefly considered nationalizing the 5G grid and President Biden’s infrastructure bill has money specifically earmarked for broadband and 5G connectivity.

The key takeaway is the federal government now believes internet access is a critical component of infrastructure due to the increased digitization of our economy. Washington has it right; the demand for internet connectivity is expected to explode as artificial intelligence, the Internet of Things, and autonomous vehicles come online in a major way.

Enter American Tower (NYSE:AMT). The real estate investment trust is a pick-and-shovel play on the growth of internet connectivity. The company can be thought of as a landlord for telecommunications companies, as it supplies the physical towers and supporting land network that providers like Verizon, AT&T, and T-Mobile use for their communications equipment.

Although some may consider it a boring business, American Tower’s leases have the benefit of being long term with high renewal rates and negotiated rent escalation clauses. The biggest risk for American Tower is customer concentration, as the unique nature of its real estate means a high percentage of its revenue comes from only a handful of companies. However, this has not been a concern as these companies are spending huge sums of money building out their networks, estimated to be $35 billion in 2021 alone.

At first glance, American Tower’s yield of 1.8% might not look impressive for income investors, but American Tower is dividend-growth stock. The company has raised its dividend every quarter since 2012, and the most recent quarterly dividend was 100% higher than its payout just four years ago. Look for future dividend hikes as Americans’ insatiable demand for internet connectivity continues.

Joe Tenebruso: If you’re intrigued by the idea of profiting from the rising popularity of cryptocurrencies like Dogecoin — but you’d like to avoid the risk and extreme volatility that come with investing directly in them — take a look at PayPal (NASDAQ:PYPL).

The digital payments titan helped to usher in the crypto boom when it announced in October that it would give its nearly 400 million users the ability to buy, store, and sell Bitcoin (CRYPTO:BTC) and other cryptocurrencies. And in March, PayPal launched its “Checkout with Crypto” feature, granting its users the opportunity to make purchases with Bitcoin and several other cryptoassets at its roughly 30 million merchant customers’ sites.

PayPal also recently rolled out the option to buy and sell cryptocurrency directly within its popular peer-to-peer payments app, Venmo. Venmo’s over 70 million customers can now buy Bitcoin, Ethereum (CRYPTO:ETH), Litecoin (CRYPTO:LTC), and Bitcoin Cash (CRYPTO:BCH) for as little as $1.

Beyond its crypto initiatives, PayPal is a financial services powerhouse. Its total payment volume (TPV) — essentially, the dollar amount of transactions processed on its platform — surged 50% year over year to $285 billion in the first quarter. Its revenue and operating profit in turn soared 31% and 84%, respectively, to $6 billion and $1 billion.

PayPal’s crypto services are helping to turbocharge its growth, but the company is not reliant on their success. This helps to reduce the risks for shareholders. And with PayPal poised to profit handsomely as the world continues to shift away from cash and toward digital transactions, investors who buy shares today should be well rewarded.