Dogecoin price rose by 560% since April 12, which propelled it from $0.07 to $0.45 within four days. Such a massive rise in DOGE isn’t surprising, considering a similar spike seen in January.

On the 4-hour chart, Dogecoin price appears to be consolidating, creating a base that could either catapult the meme coin higher or kickstart a correction to crucial demand barriers.

The Momentum Reversal Indicator (MRI) helps provide clarity on this ambiguous situation. The red ‘one’ candlestick on the 4-hour chart suggests that the bull run has reached its peak. Since this setup forecasts a one-to-four candlestick correction, it is most likely that this consolidation will result in a downtrend.

Providing headwinds to this rally is the MRI’s preemptive top on the daily chart. This technical formation hints that the bull rally will shortly reach its top on the larger time frame, which paints a bearish picture.

Hence, a breach of the supply zone’s lower boundary at $0.302 should serve as the first sign of a corrective phase. In such a case, the DOGE price will retrace 21% toward the $0.240.

If the sellers overwhelm this level, a 28% pullback to the MRI’s breakout line at $0.173 should be the likely course of action. 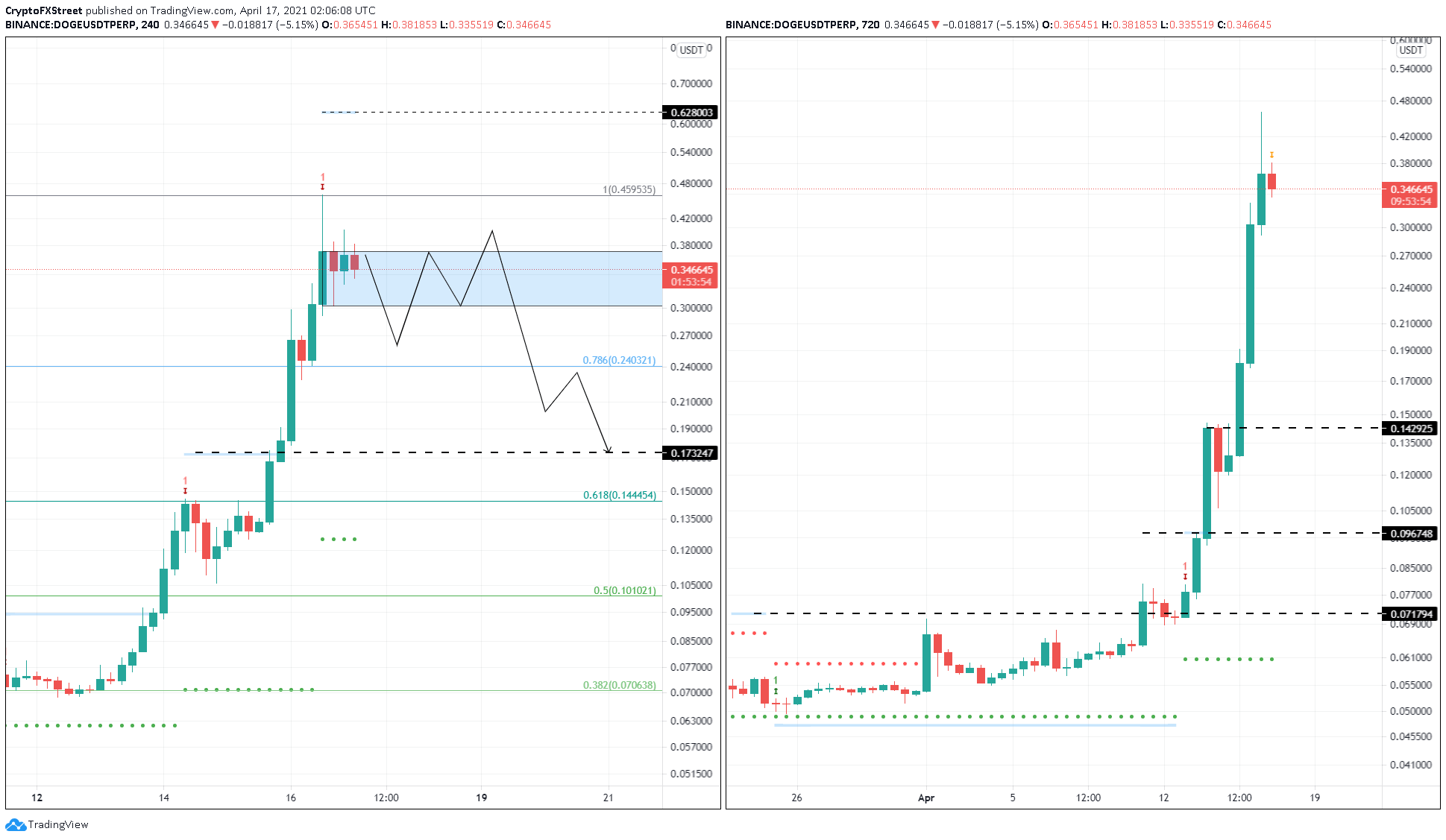 On the flip side, if the buyers restart the rally, Dogecoin price will slice through the upper boundary of its consolidation phase at $0.370, which will hint at rising bullish momentum.

Previous articleBay-C makes music, investment in NFTs | Entertainment
Next articleHow Splyt Is Aligning the Worlds of Blockchain and Ecommerce