Dogecoin had a colossal 100% rally in less than two days reaching a new all-time high at $0.145. The digital asset has a ton of bullish momentum behind it and aims for a new leg up toward $0.2.

On the 1-hour chart, Dogecoin price has formed a bull flag with the most significant resistance level at $0.142. A breakout above this point has a price target of $0.21, determined by measuring the height of the flag’s pole. 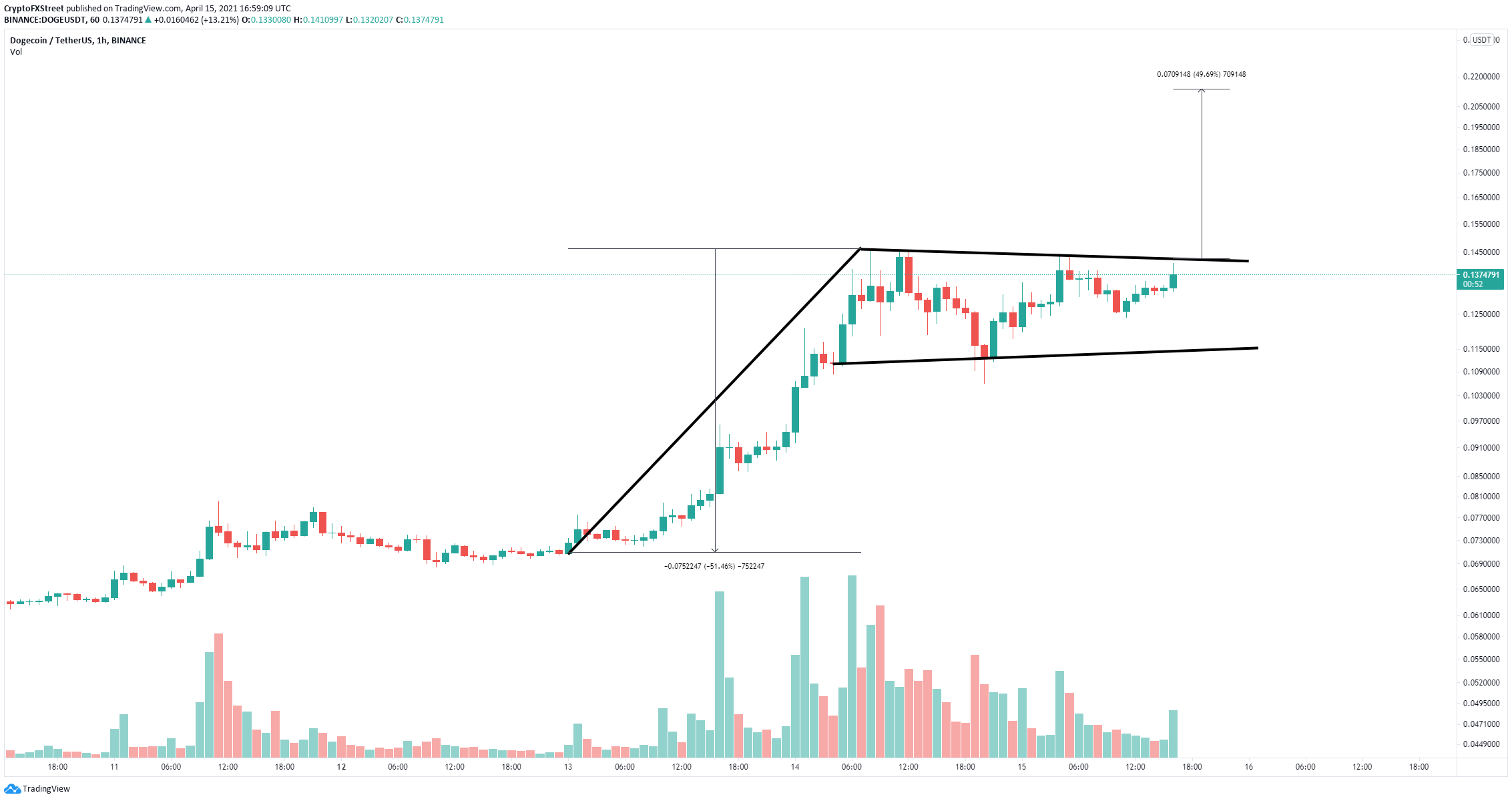 The network growth of DOGE is exploding again as the number of new addresses increased by 158% in the last week. Similarly, the number of active addresses also had a massive 194% spike, which indicates investors are eager to buy Dogecoin even at current prices, adding credence to the bullish outlook.

However, if DOGE bears can hold the key resistance level at $0.142, they can quickly push Dogecoin price down to the lower trendline of the pattern at $0.115, even though this wouldn’t invalidate the overall bullish outlook.

Artificial Intelligence 2023 Use Have Increased in Blockchain and Healthcare –...