NY, March 09, 2021 (GLOBE NEWSWIRE) — Sports apparel brand leads the way in offering athletes and teams a new way to purchase custom made athletic jerseys, uniforms, and gear for all seasons. 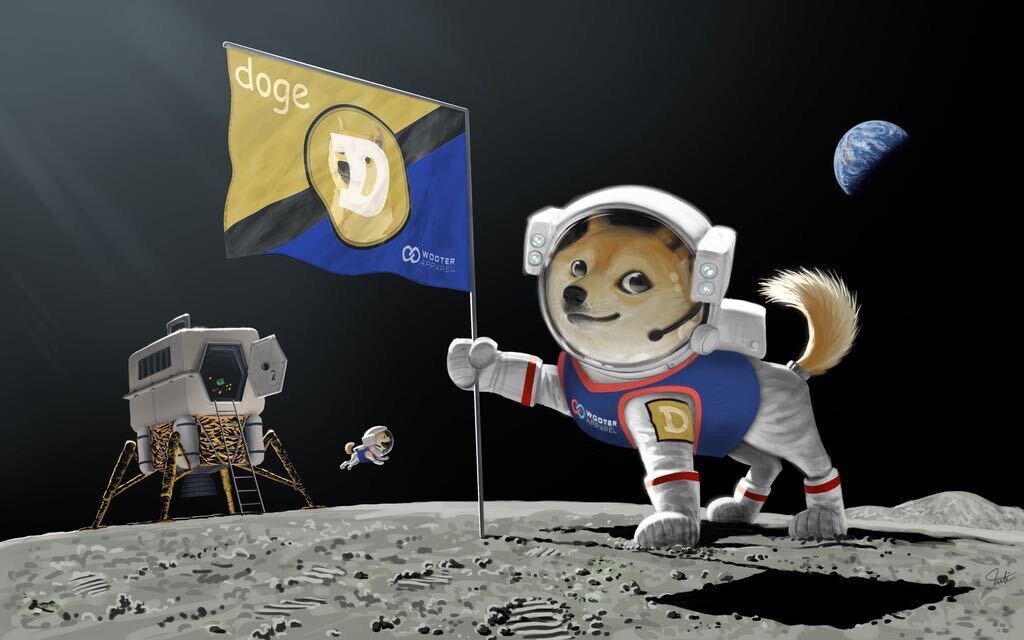 NY, United States, When Wooter launched in June 2014 in Staten Island, New York, the upstart customized athletic apparel company envisioned growing the brand well-beyond the borough and becoming a go-to name in the global market by working directly with sports teams and athletes around the world.

Thanks for the opportunity to design and create unique and premium customized athletic apparel outfitted by the likes of legendary boxing champ Floyd Mayweather, hip-hop icons Master P and Snoop Dogg, NFL greats Chad “Ochocino” Johnson and Terrell Owens, NBA alums Al Harrington, Smush Parker, Stephen Jackson, and Matt Barnes among others, the Wooter “infinity” logo has emerged as one of the most recognizable sports brands worn by youth, ametuer, college, semi-pro, and professional teams and athletes in sports today.

Seven years later, Wooter and Wooter Apparel are now taking the brand “to the moon”.

Weeks after CEO Alex Aleksandrovski announced CovCare — the one-stop-shop for all medical supplies and PPE items — has started accepting Dogecoin, Wooter Apparel is following up this breaking news by officially announcing parent company Wooter has joined a number of companies to accept Dogecoin as an alternative form of online payment. The cryptocurrency announcement comes on the heels of CovCare surpassing over 100,000 PPE orders placed alone in 2020, with CovCare expected to make an even greater impact on the global market in 2021.

After rising from a popular meme in 2013, Dogecoin has transitioned from being used to tip and reward quality content providers on Twitter and Reddit. Over the past eight years, Dogecoin has soared from a  “joke” cryptocurrency to receiving a massive following and becoming a coin accepted by companies and merchants around the world. Along with CovCare, Wooter and Wooter Apparel joins a growing list of companies that accept Dogecoin including Travala.com, Ninja Game Keys, Box Real Estate, Stake Box, Daytona Nissan, and AiryTea just to name a few businesses. According to Accepted Here, a regularly updated database of online and offline businesses accepting cryptocurrency from all over the world, 120 companies and businesses are listed as accepting Dogecoin with more being added daily.

With Dogecoin a cheaper option to transact beyond credit cards and banks, Wooter Apparel is once again staying ahead of the game as it has past experience with cryptocurrency. In 2015, Wooter made headlines by becoming the first sports apparel company to accept Bitcoin payments and also teamed-up with Coinbase to offer customers a $10 promotional BTC for signing-up with the digital currency exchange company.

Wooter now believes crypto and blockchain technology can help facilitate global payments, and that news couldn’t come at a better time as sports starts to “open back up” on a local, regional, national, and international level. When athletes and teams get ready to step on the field and court this season and compete, expect them to be wearing customized jerseys, uniforms, and gear from Wooter Apparel.

Previous articleIs Safemoon better than Dogecoin? I wonder what Elon Musk Thinks?
Next articleHere are 5 under-the-radar altcoins you need to know

Bank of America Says Regulation Is Key for Mainstream Adoption of...