ADA/USD remains depressed below 21-day SMA, currently down 1.15% to $1.1022, during early Wednesday. In doing so, the cryptocurrency pair stays below the immediate SMA for the third day in a row. Five-week-old horizontal area adds to the upside filters, 50-day SMA tests bears as well. 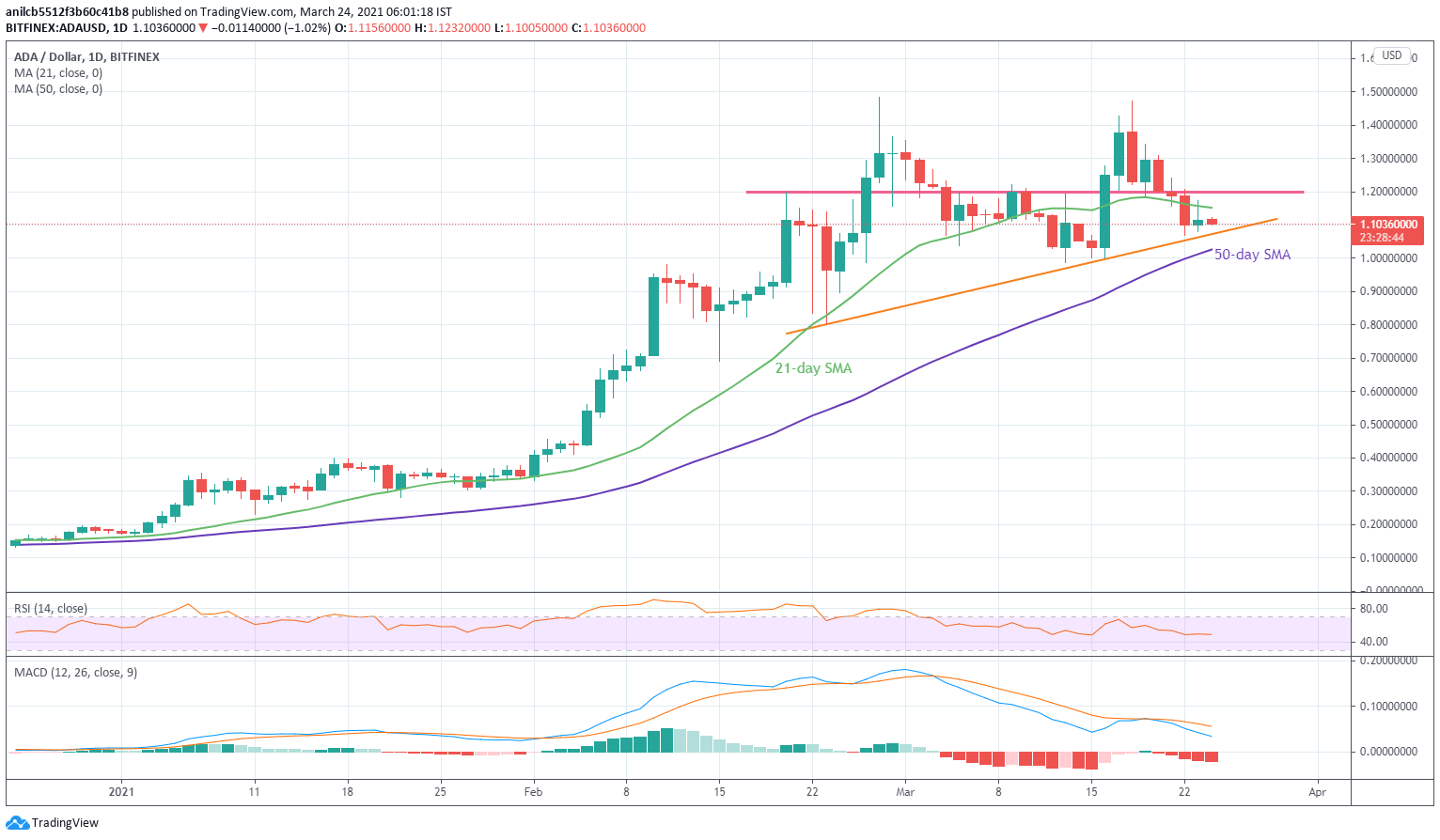 Dogecoin price rests at an inflection point for the bull market

Dogecoin price is at an inflection point as two technical developments may ignite volatility and bring an end to the long drift sideways of the last month. DOGE is set to close today with a squeeze formation confirmation, and it may be the catalyst that shakes the bulls or bears from hibernation.

ETH/USD remains on the back foot around $1,670 during late Tuesday’s trading. In doing so, the altcoin keeps the downside break of 50-day SMA, amid bearish MACD, near the lowest levels last seen on March 07. Buyers and sellers both have multiple barriers but trips for bears seem less bumpy ahead of immediate support line.

Previous articleSPCB Stock Alert: Why Cybersecurity Play SuperCom Is Skyrocketing Today
Next articleDogecoin price rests at an inflection point for the bull market