One of the reasons the stock market was climbing like crazy at the start of this year was nobody thought the Federal Reserve would even think about raising interest rates during 2021. Traders believed the Federal Open Market Committee (FOMC) — the part of the Fed that sets monetary policy — would keep rates low because we were in the middle of the latest coronavirus surge, the first vaccines had barely started rolling out and Wall Street was still wondering what a new stimulus package could possibly look like. 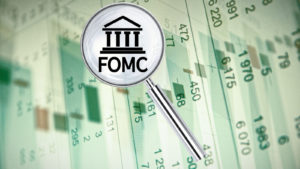 You could tell nobody was worried about the FOMC tightening monetary policy because traders weren’t pushing Federal Funds futures contracts lower.

Now, we want to apologize in advance: We’re going to get a little bit nerdy in this article, but we promise you’ll thank us in the end.

Too many stock and options traders believe they only need to pay attention to the stock market when they’re trading. However, there is so much we can learn from other financial markets.

You may never trade a futures contract in your life, but learning how to watch the futures market for clues about what traders are expecting in the future will make you a better stock and options trader.

Fed Funds futures contracts are priced off a baseline of 100 and move up and down based on where traders believe the FOMC is going to set its target interest rate in the future.

If traders believe the FOMC is going to cut rates, they push the prices of Fed Funds futures contracts higher.

Conversely, if traders believe the FOMC is going to raise rates, they push the prices of Fed Funds futures contracts lower.

Now that we’ve got the math out of the way, let’s get back to what’s happening in the stock market.

The S&P 500 is still trading near record highs. However, the landscape is changing in the global economy.

The U.S. government just passed a massive $1.9 trillion stimulus package, people are getting coronavirus vaccines faster than expected in the United States and many are starting to return to their normal pre-covid lives as new cases of the disease are dropping.

Wall Street is now starting to wonder if this new landscape is one that is going to include increased inflationary pressure and a sooner-than-expected increase in the FOMC’s target rate, which could put the brakes on the S&P 500’s current run.

We know Wall Street is wondering because traders are starting to make moves in the Fed Funds futures market.

For example, in the run up to today’s FOMC Monetary Policy meeting, the CME FedWatch Tool was showing that traders had priced in a 100% expectation that the FOMC would not raise rates at today’s meeting. You can see this in Fig. 1.

Here’s how you read the data:

However, as inflationary concerns have picked up, expectations have started to change, and those changes are showing up in the CME FedWatch Tool.

If you look at the chart for the Dec. 15 meeting in Fig. 2, you can see the differences.

Why are stock traders worried about this trend?

They are worried because they know that rising interest rates have the potential to curb stock growth and potentially lead to a selloff in the stock market.

That’s why today’s FOMC monetary policy meeting was so important. Everyone was waiting to see if the FOMC was going to signal an earlier-than-expected rate hike.

So, how exactly does the FOMC signal its monetary policy intentions? It updates its “dots.”

You see, the FOMC releases updated economic projections at every other monetary policy meeting. The last time it updated its projections was at its Dec. 16, 2020 meeting.

In those projections, the FOMC published its “Dot Plot” (see Fig. 3), which showed where each of the 17 committee members believed the target rate would be at the end of each of the next few years.

This Dot Plot showed us the following:

That was an incredibly strong indication that the FOMC was going to leave rates low for a long time. Wall Street loved this because low interest rates usually mean stronger economic growth and higher stock prices.

So what did the Dot Plot from today’s meeting (see Fig. 4) tell us?

Looking at the chart you can see the following:

This shows that there is a slight increase in concern among FOMC members that they may need to raise interest rates to combat potential inflation, but that concern seems to be muted.

We don’t think Wall Street is going to be too worried that the FOMC is going to restrict future economic growth by raising interest rates too far, too soon.

This should free traders up to continue buying and pushing stock prices higher.

On the date of publication, John Jagerson & Wade Hansen did not hold (either directly or indirectly) any positions in the securities mentioned in this article.

John Jagerson & Wade Hansen are just two guys with a passion for helping investors gain confidence — and make bigger profits with options. In just 15 months, John & Wade achieved an amazing feat: 100 straight winners — making money on every single trade. If that sounds like a good strategy, go here to find out how they did it.

The post Connecting the FOMC’s Dots appeared first on InvestorPlace.