DOGE bullish failure could cause a 20%-to-40% correction


Dogecoin price shows a failure to hold above the bull flag’s breakout point at $0.055. This lack of buying pressure has caused a pullback into the consolidation zone. Now, DOGE faces a bearish outlook that could result in a steep correction.

This technical formation is a continuation pattern and forecasts a 75% upswing, which is the flag pole’s height added to the breakout point at $0.055.

On February 24, Dogecoin price signalled a bullish breakout from this setup after a 12-hour candlestick closed above $0.055. However, the volume didn’t align with the breakout. The sellers seized the opportunity and strong-armed DOGE back into the consolidation, which has resulted in a flipped bullish scenario on its head.

Adding credence to this bearish outlook is the price dip below the short and mid-length exponential moving average (EMA), ranging from $0.041 to $0.043. 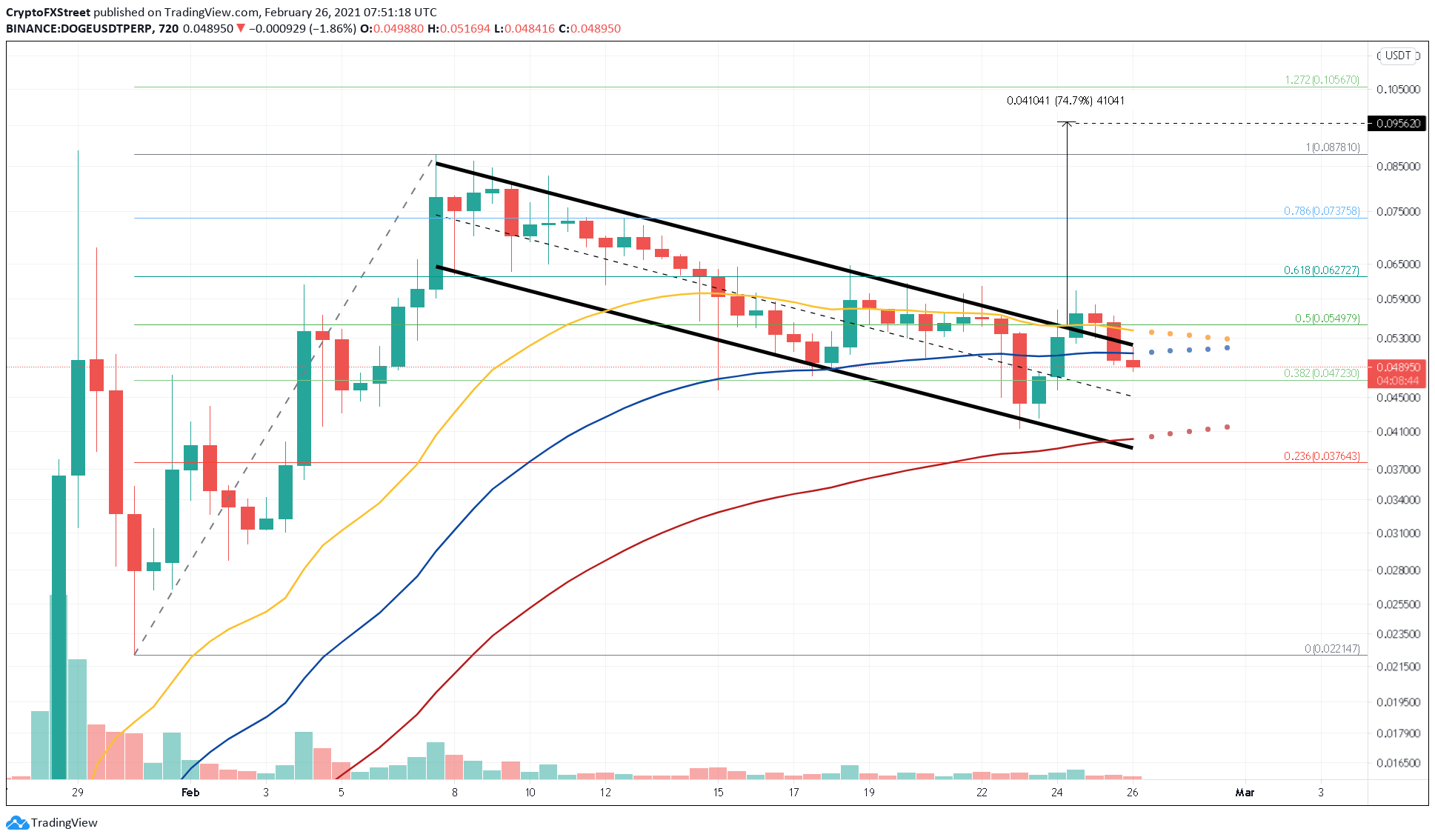 IntotheBlock’s In/Out of the Money Around Price (IOMAP) model shows that nearly 86,500 addresses purchased a whopping 20.70 billion DOGE between $0.050 to $0.055. Due to the fakeout, these investors are “Out of the Money.” So, any bullish momentum will be absorbed by these market participants who want to break even.

However, a sudden spike in selling pressure due to unforeseen events causing a 12-hour Dogecoin price candlestick close below $0.037 will spell trouble for the meme coin and result in a 40% crash to $0.022.

It is worth noting that a 12-hour candlestick close above the 50% Fibonacci retracement level at $0.055 would reignite the 75% upswing from a bull flag pattern to $0.0956

Previous articleDogecoin Was a Joke. Now It’s Worth $7 Billion.
Next articleElon Musk says it would be ‘awesome’ if the SEC probes his tweets on Dogecoin | Currency News | Financial and Business News