Bitcoin sellers are on the move as they attack $46,500, down 1.30% intraday, during early Friday. In doing so, the crypto major jostles with the recently flashed intraday low of $46,013 while keeping the previous day’s break of an ascending trend line from January 27.

Having conquered a two-month-old support line, now resistance, Ethererum bears are catching breather around $1,520 during the early Friday’s trading. In doing so, the ETH/USD pair bounces off 50-day SMA. Even so, bearish MACD and downward sloping RSI line favor the sellers targeting $1,200.

Dogecoin Price Forecast: DOGE under a lot of selling pressure as Elon Musk will be investigated by the SEC

Dogecoin price suffered a major 52% correction from its all-time high of $0.0875. On February 25, the SEC announced that it will open investigations into Tesla’s Chief Executive Elon Musk because of his tweets about DogeCoin. Musk has said in the past that he does not respect the Securities Exchange Commission. 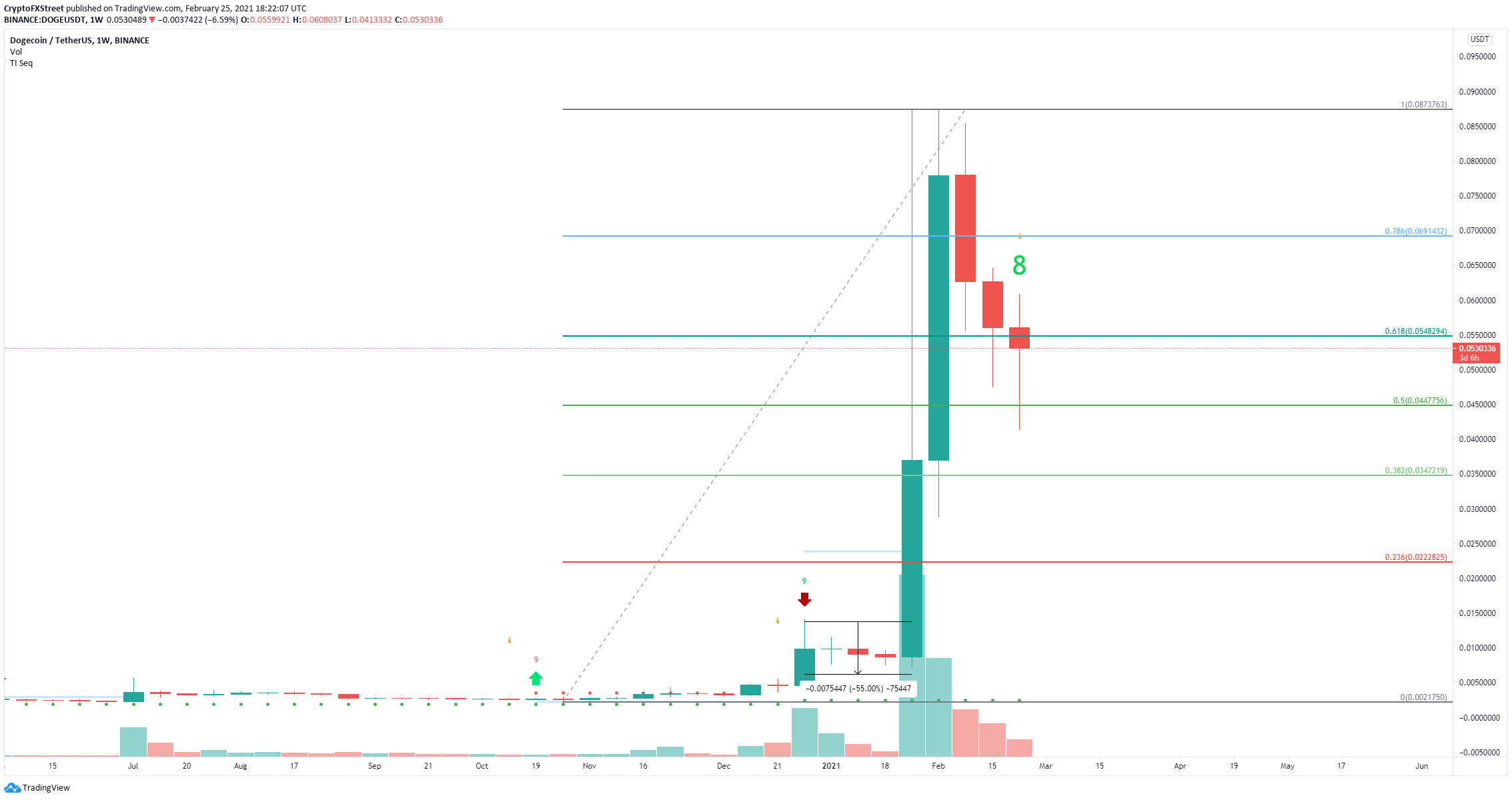 Bitcoin Price Could Avoid Another Downtrend if it Closes Above One...