Is Elon Musk WRONG About Dogecoin? 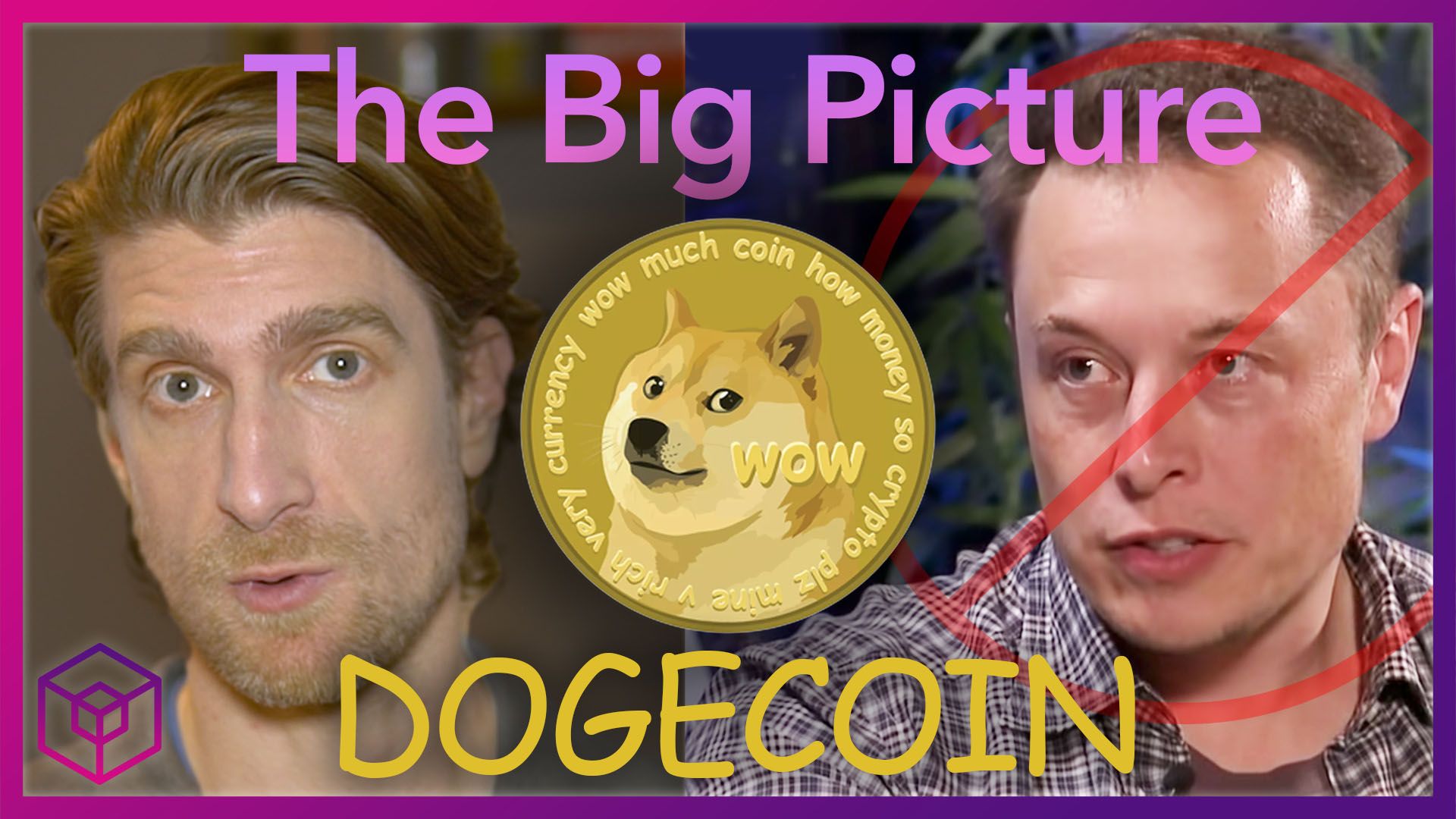 CEO of Koinos Group, creators of the Koinos blockchain

I’m Andrew Levine, the CEO of Koinos Group. We are the creators of Koinos, the first blockchain that’ll be totally free to use.

In this series of articles and videos, we’ll use our unique knowledge and experience to explore how new technologies and cultural movements fit into the Big Picture, so that you can gain a deeper understanding of a phenomenon by learning about where it fits into the arc of history.

In this article, I’m going to talk about Dogecoin which I think is probably one of the most misunderstood cryptocurrencies. I just want to be clear that this isn’t financial advice, I’m just trying to help educate people about new technologies that often have a financial component. I’m not telling you to buy or not buy Dogecoin or anything else.

As I said in our WallStreetBets video, the most important year for understanding the big picture is 2008, which is when the established economic order ended in the Great Financial Crisis.

But essentially, that’s when we learned that our entire economic system is too antiquated, mysterious, and controlled by a tiny number of people. In short, it’s just too CENTRALIZED.

While the establishment was busy trying to bandaid their systems, outsiders wanted to see a genuine fix. We wanted a system that was open, transparent and impossible to manipulate. Which is why software engineers released the first truly DEcentralized digital currency; Bitcoin.

Because of its decentralization, Bitcoin was a digital currency that no one owned or controlled, that was open and transparent, and was easy to understand too because it had properties similar to an asset that had been around for ages; gold.

But it was also slow and you had to pay sizable fees any time you wanted to send a Bitcoin to someone else. Those aren’t the characteristics people expect from an “advanced digital currency.” Whether deserved or not, Bitcoin had also acquired a controversial reputation. Which is where Dogecoin fits in.

Since the Bitcoin software is open source, anyone can copy the code and launch their own version of it. This is a big deal because it means that Bitcoin didn’t just deliver a new financial technology to the market, it provided a TEMPLATE that anyone could use to create even more digital currencies.

Dogecoin, which was launched in 2013, was just one such cryptocurrency. One of the most common things that people get wrong about Dogecoin is that it was purely created as a joke. Which isn’t true. While Dogecoin certainly has a comedic component, that doesn’t mean it wasn’t ALSO innovative, or that there wasn’t a very serious REASON behind the use of that joke.

The creators of Dogecoin didn’t just copy and paste the Bitcoin code and then slap a meme on it, which is what many seem to believe.

The creators, Billy Markus and Jackson Palmer, were legitimate software engineers employed at IBM and Adobe.

When building Dogecoin they used their software engineering expertise to take advantage of new technologies that had been released after Bitcoin which enabled them to make Dogecoin ten times faster than Bitcoin!

They also designed the economics differently in an attempt to maintain a low price so that it could remain accessible and affordable which when combined with its increased speed, made it potentially useful for online transactions.

Humor as a Tool

Even the use of humor itself can be seen as a noteworthy innovation. Mocking cryptocurrency made it less scary and even more accessible. Dogecoin has earned its place in blockchain history for that reason alone. And this is possibly the most important point of all. Unlike so many in this space, Palmer and Markus were thinking about the big picture.

For them, the success of Dogecoin would not be measured by its price, but by its ability to accelerate the adoption of this new technology which had the potential to add value to all of our lives. And just look at how effective Dogecoin has been at attracting attention to the cryptocurrency space and introducing people to the idea that there is more to blockchain than just Bitcoin. After all, you are watching this video that is about Dogecoin.

The problem is that blockchain technology still hasn’t managed to break into the mainstream in terms of actual adoption and humor alone is not going to solve that problem. While Elon Musk has taken a shine to Dogecoin, he himself once mocked his competitor, Henrik Fisker, saying, “The reason we don’t have electric cars is not for lack of styling.” Well, the reason we don’t have mass adoption of blockchain technology is not for lack of memes.

Bitcoin and Dogecoin have certainly been getting more attention as of late, but very few people wind up using them because for most people they’re still not very, well, useful. They’re slow, difficult to use, and you STILL have to pay fees for every little thing you do. And at the end of the day, the only thing you can do on those blockchains is send and receive those individual cryptocurrencies.

That’s what we’re trying to change with Koinos. Not only will Koinos be fast, easy to use, and totally fee-less, it will also be a decentralized computing PLATFORM that developers will be able to use to create applications with the higher level of security, privacy, and ownership that can only be achieved through the use of blockchain technology.

Just like Dogecoin integrated innovations that came after Bitcoin to offer a faster, more user-friendly digital currency, we are taking advantage of even newer technologies and then combining those with our own innovative solutions that we developed based on our experience working on the Steem blockchain and steemit.com.

While the potential use cases for Koinos are infinite, to give you just an inkling of the potential, Dogecoin could actually be run on Koinos, and doing so would instantly make it 10 times faster, and totally fee-less, making it far closer to that user-friendly option for online payments that it wanted to be.

Not only that but Dogecoin users would immediately gain access to all of the other tokens and applications also running on Koinos, thereby dramatically expanding its utility. If the goal of Dogecoin was to destigmatize cryptocurrencies while also pioneering innovative and useful features, then launching on Koinos would enable Dogecoin to make another evolutionary leap.

I think Dogecoin’s strategy of using humor to spread awareness about digital currencies was brilliant. Like Palmer and Markus, we aren’t measuring the success of Koinos based on its price, but on its ability to accelerate the adoption of blockchain technology and give everyone ownership of their data. So we applaud any effort to expand the reach of this technology.

But with Koinos we are also trying something different; offering a platform capable of powering decentralized applications that aren’t just functional, but can actually delight users. Thanks to the technical innovations that we have either adopted or built from scratch, Koinos will be a platform that we think developers will love using to build apps that PEOPLE love using thanks to its speed, ease-of-use, and fee-less design.

If you’d like to learn more about Koinos, head on over to Koinos.io, and if you liked this article please follow and let us know in the comments of the YouTube video what you’d like to cover in a future episode of the Big Picture. Thanks for your time.

Create your free account to unlock your custom reading experience.