DOGE is ready for new al-time highs after crucial rebound


It seems that Elon Musk might actually end up endorsing Dogecoin as the concentration of whales isn’t as bad as previously believed. The biggest whale is Robinhood which purchased Dogecoin to offer trading to its users in 2018.

In his last tweet, Elon Musk stated that he will fully support Dogecoin if the concentration of whales diminishes. However, since there aren’t that many large individual holders, perhaps Musk is closer than expected to endorse the digital asset.

Dogecoin price aims for a rebound to $0.09

On the 12-hour chart, Dogecoin bulls are fighting to push the digital asset above the 26-EMA resistance level. A rebound from this point at $0.057 would be significant. 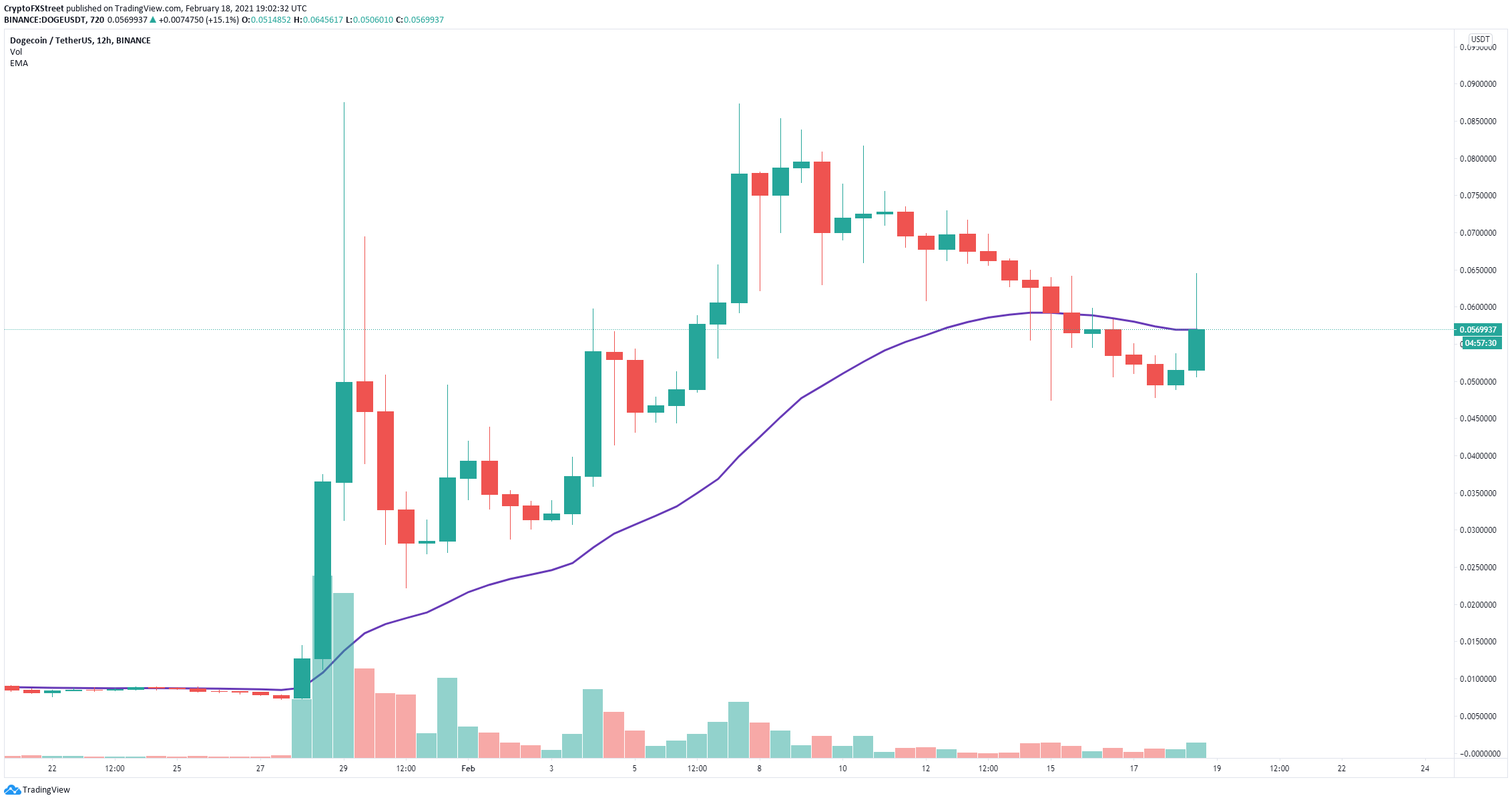 The In/Out of the Money Around Price (IOMAP) chart shows that the strongest resistance area is located between $0.058 and $0.06. If Dogecoin price can climb above this point, it can quickly reach $0.09 again.

Additionally, there is a symmetrical triangle pattern formed on the 12-hour chart that broke bullish. A candlestick close above $0.055 would confirm it. The price target is around $0.094, a new all-time high for Dogecoin. 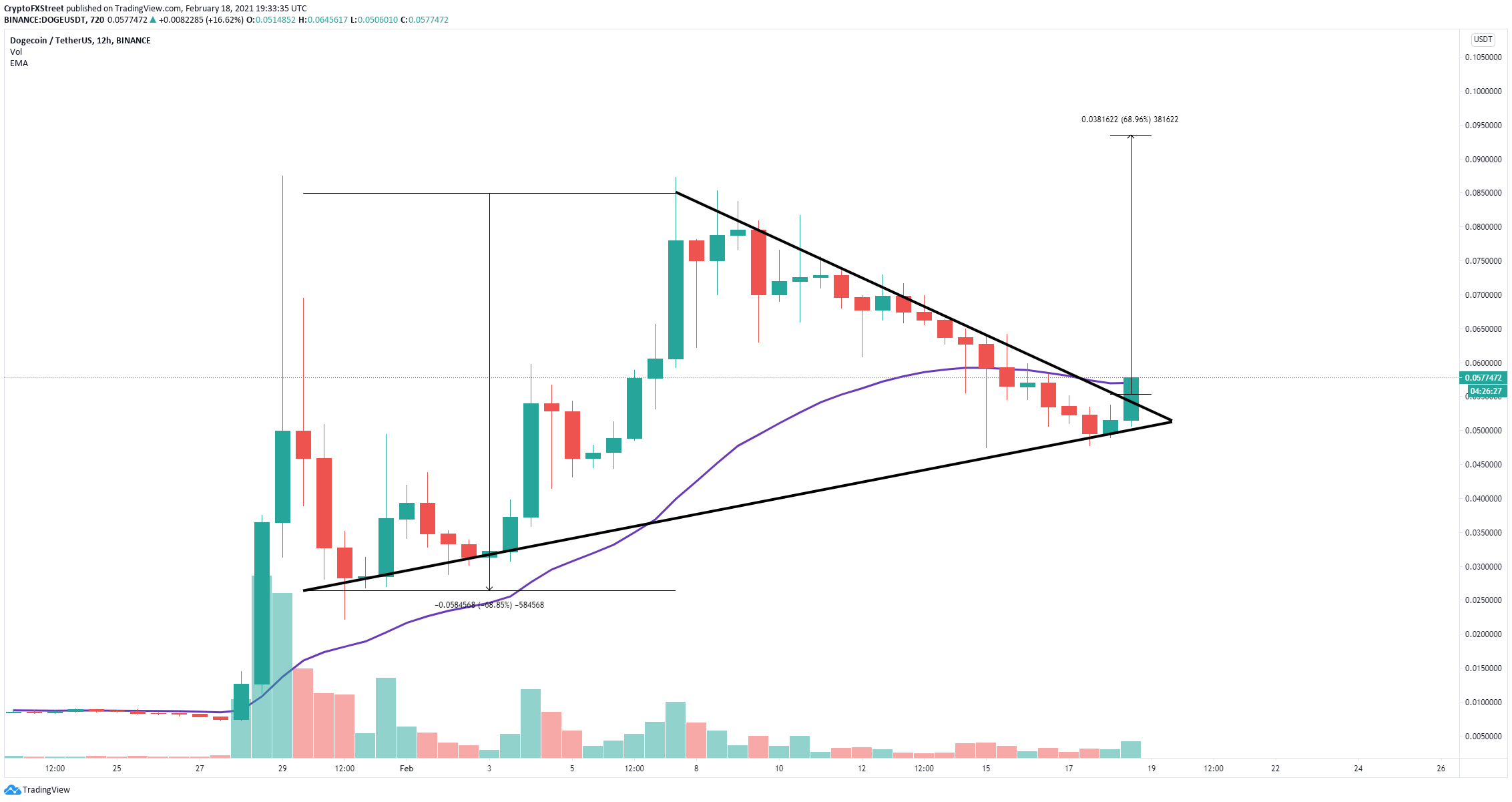 However, the IOMAP model also shows that losing the key support area between $0.0533 and $0.055 would be devastating and could likely send Dogecoin price down to $0.048. 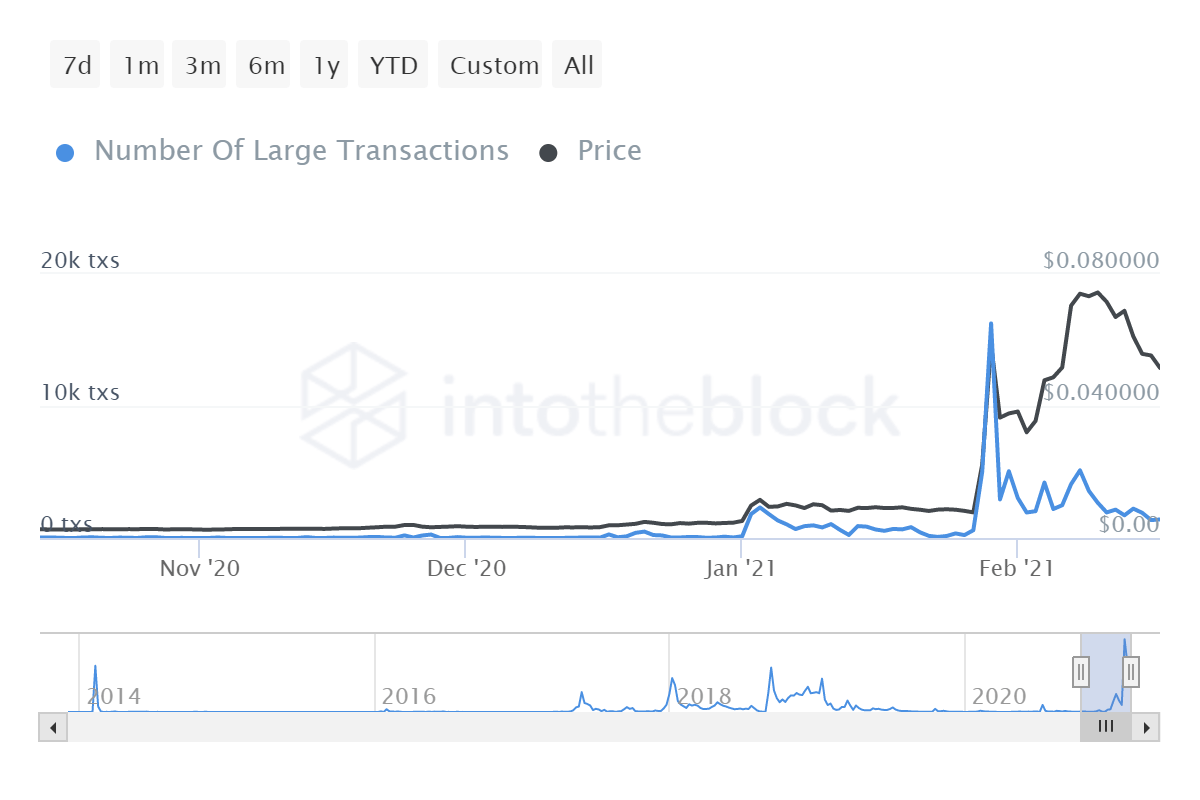 Clearly, the interest in Dogecoin has faded away. The number of large transactions has significantly decreased in the past two weeks from a peak of 16,260 per day on January 29 to only 1,400 currently.

Previous articleWho is the dogecoin whale? Why Robinhood may be the biggest owner, according to reports
Next articleWhy DeFi, not Bitcoin or Dogecoin, will be the next big crypto explosion

Round13 Introduces Fund To Invest In Blockchain, Digital Asset Market –...