The cryptocurrency Dogecoin soared by 42 per cent today after billionaire Elon Musk tweeted his approval of the virtual currency.

The Tesla founder and world’s richest man proved his words had the ability to influence markets once again when he tweeted six posts on Dogecoin, including one which stated that ‘Dogecoin is the people’s crypto.’

Another of the tweets was a still from the Lion King movie featuring Musk’s face and the Dogecoin Shiba Inu logo superimposed on two characters, and the words ‘ur welcome’ written above it. A third simply said: ‘No highs, no lows, only Doge.’ 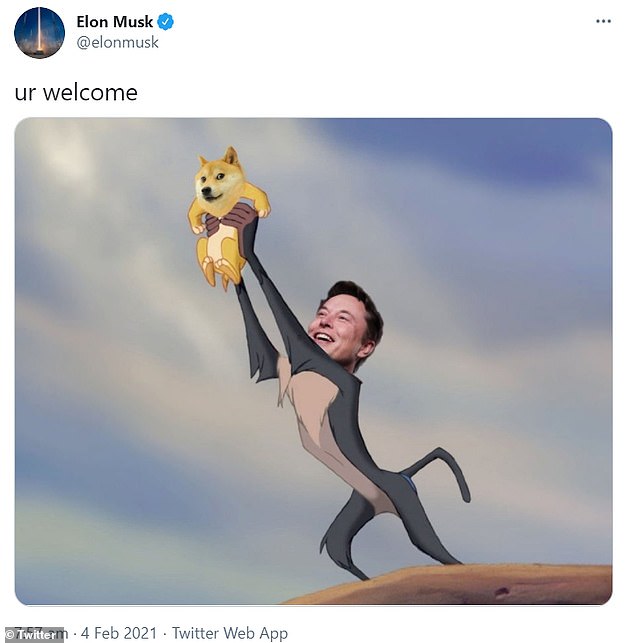 One of Musk’s tweets was a still from the Lion King movie featuring his face and the Dogecoin Shiba Inu logo superimposed on two characters, and the words ‘ur welcome’ written above it 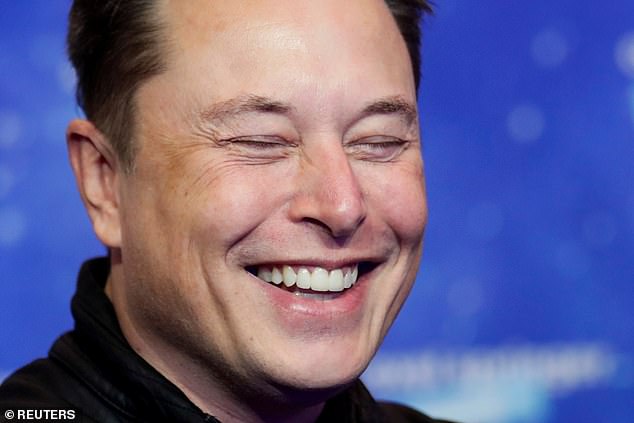 Numerous companies, including GameStop, Etsy, and CD Projeckt, and digital currencies like Bitcoin have seen their value rise following a tweet by the billionaire Tesla founder Elon Musk

It is the third time in recent months that the South African-born tycoon has caused the price of the digital currency to shoot up in value with his tweets.

In a December post, he derided Bitcoin as ‘BS’ and wrote the sentence ‘One word: Doge.’

Its price subsequently rose almost 20 per cent while it skyrocketed by 420 per cent in late January after he tweeted a photo of a dog on a magazine cover.

The digital currency’s price has gone up by 147.5 per cent in the last seven days, which is the largest percentage growth among the world’s top 25 digital currencies. 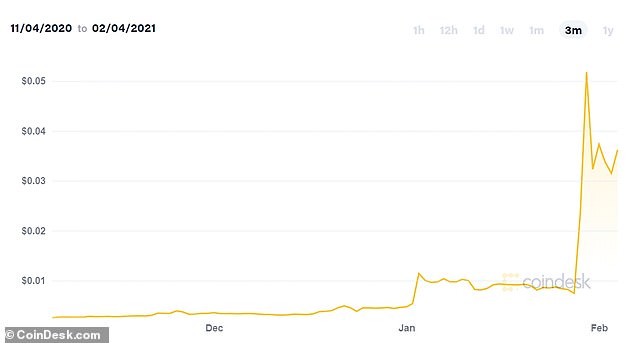 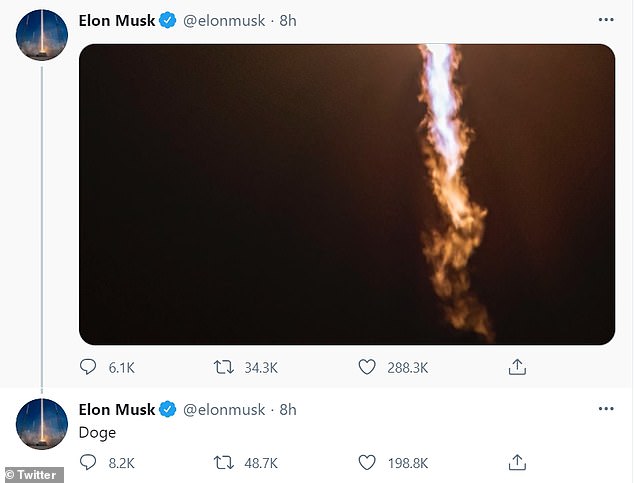 A single coin is still only worth $0.04265, but the currency’s market capitalisation has now surpassed $5.4billion according to crypto data site Coinpaprika.

Dogecoin was initially started as a satirical critique of the 2013 crypto frenzy by two software engineers, but it can be bought and sold on digital currency exchanges.

It regularly makes a comeback during viral crypto rallies, with individuals promoting it on social media. Last week, it jumped when Carole Baskin, one of the stars of Netflix Inc’s ‘Tiger King’ talked about it in a video online. 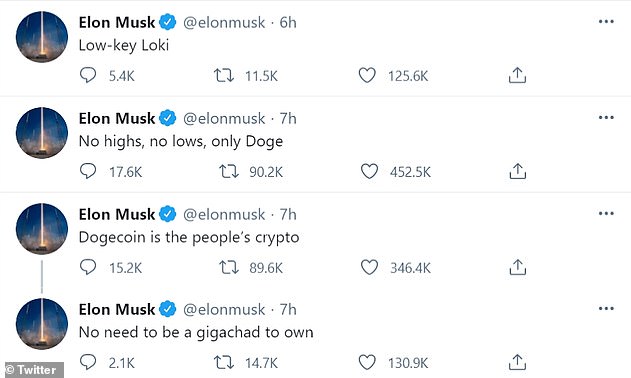 Musk proved his tweets had the ability to influence markets once again when he made six posts on Dogecoin, including one which stated that ‘Dogecoin is the people’s crypto’

Musk’s intervention comes after he sent the price of Bitcoin soaring on Monday when he declared it ‘a good thing’ in an interview and changed his biography on Twitter to say ‘#bitcoin.’

A week ago, a tweet by him about video game retailer Gamestop set off a stock market frenzy for the firm as its share price rose rapidly and some short sellers lost billions.

Tweeting ‘Gamestonk!!,’ a portmanteau of Gamestop and ‘stonks,’ a slang term for stocks, together with a link to the WallStreetBets Reddit thread, Musk created a rush for shares in the loss-making merchandise seller. 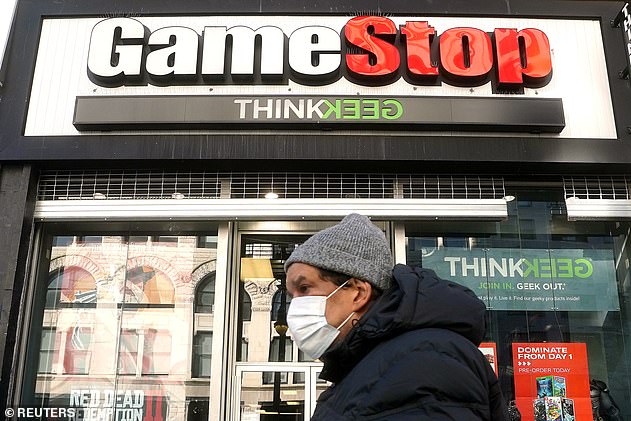 Other companies to have received a boost from a Musk tweet include the e-commerce website Etsy, and the Texan healthcare firm Signal Advance when the entrepreneur told his followers to ‘Use Signal,’ the messaging app.

Meanwhile, Ethereum hit a new record of $1,684.23 today and is now worth over 720 per cent more than at the same point in 2020. Investors are buying up the currency before ethereum futures launch on the Chicago Mercantile Exchange next week.

Simon Peter, a cryptoasset analyst at multi-asset investment platform eToro, believes the world’s second most valuable currency could reach $2,500 by the end of 2021.

He added: ‘Ethereum is in such high demand because the asset is undergoing changes to make it even more decentralised, and even more secure, and this is attracting buyers from both the institutional and retail world.

‘While it has been volatile so far in 2021, it is nonetheless seeing higher highs, as well as higher lows, and we expect it will continue to prove the doubters wrong.’

Some links in this article may be affiliate links. If you click on them we may earn a small commission. That helps us fund This Is Money, and keep it free to use. We do not write articles to promote products. We do not allow any commercial relationship to affect our editorial independence.