Dogecoin had one of the biggest cryptocurrency pumps in less than 48 hours jumping by 1,100% to a new all-time high of $0.087 reaching a total market capitalization of over $9 billion. Of course, this pump didn’t last long and the digital asset quickly dropped to a low of $0.022 but has recovered significantly.

Dogecoin price on the verge of another massive move

On the 4-hour chart, the Bollinger Bands have squeezed significantly and formed a range between $0.042 and $0.024. The trading volume of DOGE has also declined notably which indicates a major move is underway. A breakout above $0.042 would be a significantly bullish sign. 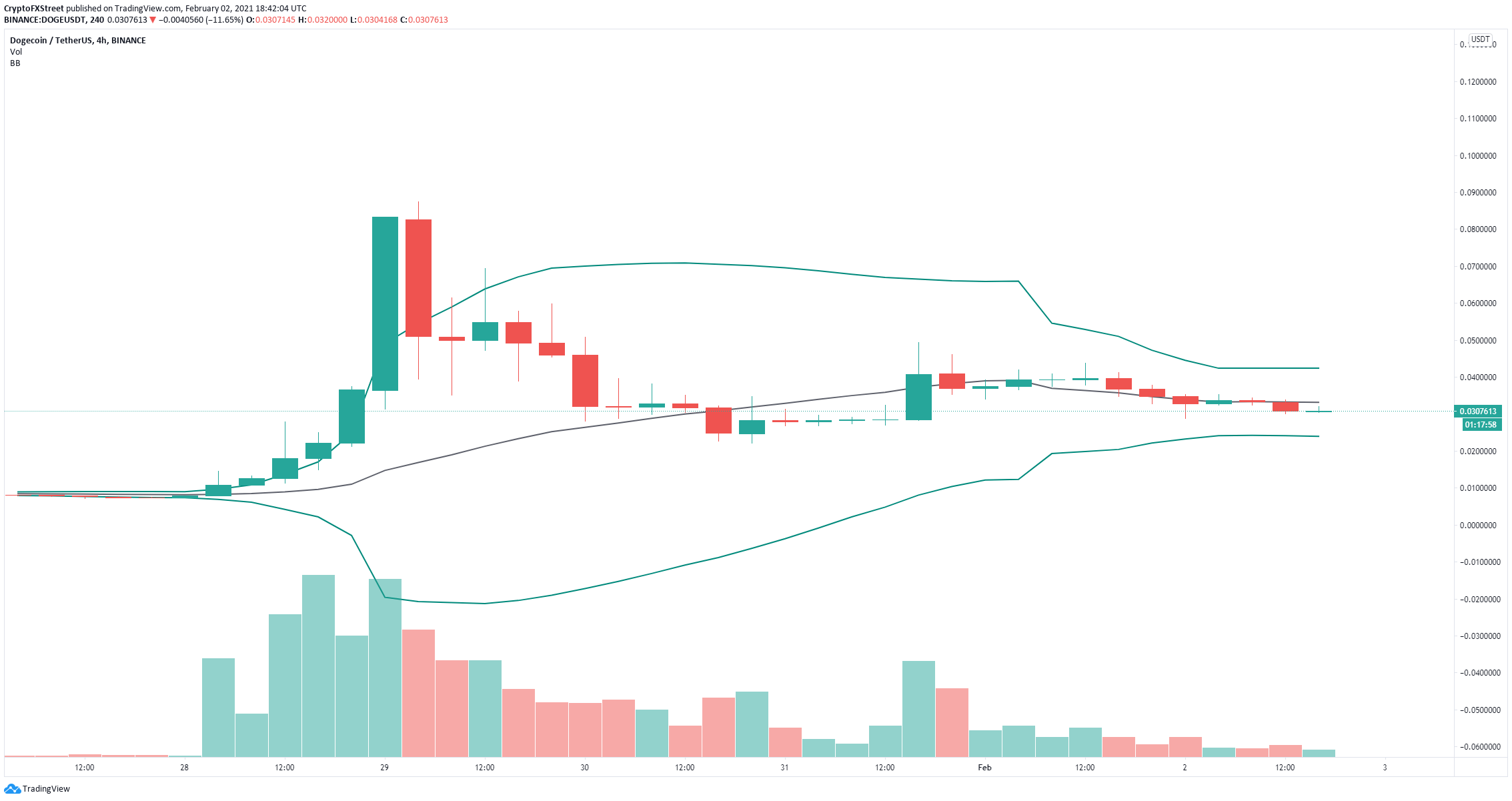 The In/Out of the Money Around Price shows only one significant resistance area between $0.031 and $0.032 with 808 million DOGE in volume. Crossing above this point can drive Dogecoin price towards $0.042.

On the other hand, there is a stronger support range between $0.03 and $0.031 with 1.74 billion DOGE of volume. Losing this crucial level can push DOGE towards the support level of $0.024.