Is HUH Token next? – CryptoMode

You probably know that Shiba Inu started as a joke, and has been accused of being a scam, but after prices started rising over 1000% last month it is undeniably making some people crypto millionaires. Now a new meme crypto called HUH Token is about to launch and could it be the next big meme? 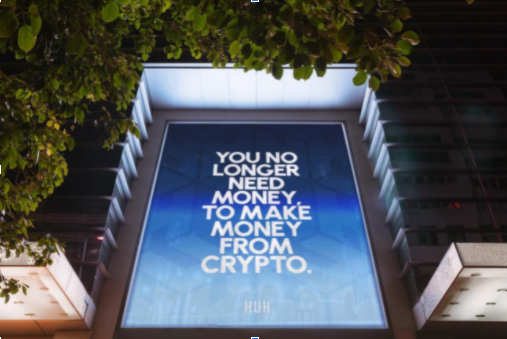 Dogecoin was released seven years ago. The idea was to have fun with a cryptocurrency that was cheap enough to play around with. Dogecoin fans (nicknamed “shibes”) gathered on the Reddit forum /r/dogecoin. They would tip each other dogecoins for amusing comments and each coin was worth a fraction of a cent.

The joke soon became a very real way to make money. The Shibes started dreaming of getting rich and the prospect roped in both the greedy and gullible, which led to one of the most scandalous periods for the cryptocurrency.

The main scammer to enter the fray was Alex Green, who set up a cryptocurrency exchange in the United Kingdom called Moolah, to handle dogecoins as well as other cryptocurrencies. Then without warning Moolah shut down in October 2014, and Green disappeared with the money. It came out that he was actually the serial scammer Ryan Kennedy, who had a long history of creating fake start-ups that raised funds and then vanished.

As a result, there were cries of Dogecoin (and other cryptocurrencies) being a scam that swirled around the internet. Work stopped on the Dogecoin code; the software was barely even maintained. In the cryptocurrency trading markets, dogecoin was just another altcoin: a low-volume, near-worthless token that gamblers and day traders could swap for other cryptocurrencies.

Now dogecoin has a market cap of over $36 Billion. The main reason for its success has been its ability to trend, after a few tweets from Elon Musk about his Shiba Inu dog, showing how “memes”, “jokes”, and “scams” can become serious money-making investments. As with all cryptocurrencies, Dogecoin is just a virtual technology, and its value is mere speculation.

Look no further for a better example of this than Shiba Inu, which is coming off the back of its best month ever. In fact, if you look at the Wikipedia page for this cryptocurrency it is still described as a “pump and dump fraud scheme”. That hasn’t stopped it from reaching a market cap of over $39 Billion. Not bad for a “fraud scheme”.

A new cryptocurrency called HUH Token is set to announce its launch this Thursday and is also being described as a “meme” token. It’s also seen its fair share of accusations about it being a scam on Reddit. The creators have dubbed the token a ‘Utimeme’ token. This is the end product of mixing the words utility and meme together, HUH Token wants to be seen as more than just a meme token as it provides real-world value to those invested.

Some of the features they refer to include a dual cryptocurrency distribution system that allows investors to claim BNB (Binance). You can claim BNB once you have used the unique referral code that you receive when opening a wallet. Once the person you referred uses the unique code, you receive 10% of their initial investment as BNB.

Like any cryptocurrency, HUH Token has no easily understandable worth, yet that hasn’t stopped the company from receiving huge pre-launch demand. Once again underlining the fact that what we are dealing with is pure speculation, leaving one to wonder if we will be talking about HUH Token’s dramatic rise in value in a few months.

Looking to advertise?
We will gladly help spread the word about your project, company, or service.
CryptoMode produces high quality content for cryptocurrency companies. We have provided brand exposure for dozens of companies to date, and you can be one of them. All of our clients appreciate our value/pricing ratio.
Contact us if you have any questions: [email protected]